Eric Schwartz moves from Equinix to CyrusOne, as the new CEO 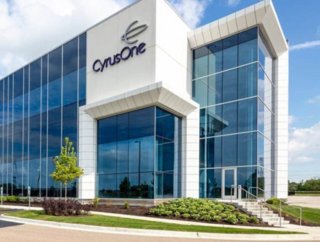 As its new CEO, CyrusOne has appointed the former Head of Strategy at Equinix, Eric Schwartz. Schwartz will inherit the role from founder Dave Ferdman

In an announcement made by CyrusOne’s Board of Directors, Eric Schwartz has been appointed as the new CEO, transitioning into his role on October 1st.

He succeeds the role from the Founder of CyrusOne, Dave Ferdman.

Prior to taking on the lead role at CyrusOne, Schwartz spent more than 16 years at Equinix, with his internal progression culminating in the role of the company’s Chief Strategy and Development Officer. He is also a graduate of Stanford University and Harvard Business School.

“I am thrilled to join CyrusOne to help accelerate the Company’s growth and strengthen our partnerships with our customers,” said Eric Schwartz.

“Since the acquisition, Dave and the leadership team have done a great job growing CyrusOne with an ambitious investment program and focused execution, and I look forward to joining the Company and helping our team continue to achieve success.”

“It has been my honour to help lead CyrusOne during the past year and through the acquisition, I am proud of what we have achieved, and I am excited for Eric and our entire CyrusOne team as we embark on a new era of expansion,” added Dave Ferdman, who will remain an Equinix Board Member.

“Eric brings tremendous experience as a leader to CyrusOne, having served as an executive at Equinix for 16 years, including leading the EMEA region for over a decade, leading the development of data centres for large-scale customers, and playing an integral role as a member of the company’s global leadership team,” commented Waldemar Szlezak, Infrastructure Partner at KKR.

“We are thrilled he has joined to help lead the CyrusOne team as the business continues to scale.”