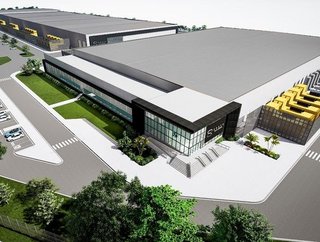 Scala Data Centres has successfully been awarded an environmental license for its new site build, which will be the largest data centre campus in Chile

Scala Data Centres has announced that it will be investing around US$400mn in the first phase of three new campuses in Chile.

The sites will have a combined capacity of over 200MW, which is equivalent to more than three times the capacity that is currently available in Chile.

The details of Scala Data Centres’ new build, and its sustainability pledge

As part of its latest expansion into the Latin American hyperscale market, Scala Data Centres successfully received the environmental license to build the largest data centre campus in Chile.

The new site will be located in Lampa, Santiago, and will have a total capacity of 120MW, foreseeing an initial delivery of 30MW.

The campus is scheduled to start operations in the first quarter of 2024.

In September 2022, the company started the construction of the first data centre campus in the municipality of Curauma, which will have a total capacity of 45MW. The first building is estimated to be completed in March 2023.

Alongside this, Scala has also started the executive project of its third data centre in the country. This will be based in Santiago, and will have a total capacity of 80MW.

Scala's three new Chilean campuses will represent initial investments of around US$400mn and will deliver a combined capacity of over 200MW.

Alongside this, the sites are set to contribute significantly to the country's sustainable development, with all three of the new data centres using 100% renewable and certified energy, and are expected to generate around 1,000 direct and indirect jobs in the country.

“The construction of a data centre close to the submarine cable arrival site will guarantee unprecedented scale and quality of connectivity between Latin America, Asia and Oceania, massively contributing to enabling the region’s digital infrastructure,” explains Marcos Peigo, CEO of Scala.

“And in a scenario in which 5G accelerates the deployment of various services and applications that use high volume of data and require low latency, such as the metaverse, Internet of Things (IoT), telemedicine, autonomous cars, among others, it is something even more expressive.”