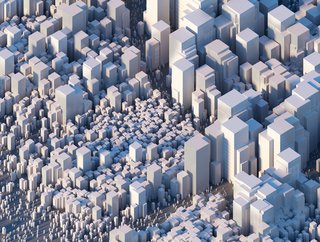 Data centres will experience increased regulation and third-party oversight in 2023 as the world continues to grapple with the industry’s rising energy and water consumption against the backdrop of ongoing climate change.

The intensified focus on the overall environmental and community impact of the data centre is one of five industry trends for 2023 identified by the global data centre experts at Vertiv, a global provider of critical digital infrastructure and continuity solutions.

“The data centre industry is growing rapidly as more and more applications require compute and storage, driving a corresponding rapid increase in energy and water use in data centre facilities. The industry has understood that pursuing energy and water efficiency aggressively is key for future success and survival,” said Giordano Albertazzi, Vertiv Chief Operating Officer and President, Americas. “Increased regulation is inevitable and will lead to important innovations across our industry. The process may not always be easy or linear, but it can be navigated with the help of expert data centre partners and innovative solutions that can anticipate the changes while meeting the always increasing requirements of the data centre applications.”

The advances in chip design and manufacturing that limited server power consumption through the first decade and a half of the 2000s reached their limits in recent years, and a spike in the amount of energy servers use has followed. In a recent report, Silicon heatwave: the looming change in data centre climates, the Uptime Institute cited data from the Standard Performance Evaluation Corporation (SPEC) that showed server power consumption increasing by 266% since 2017. This surge is among various technical and market forces driving the focus on environmental awareness and sustainability in several of the 2023 trends identified by Vertiv’s experts. Those trends are:

Mounting pressures to meet consumer demand for energy and water are forcing governments at all levels to take a harder look at data centres and their outsized consumption of those resources. Data centres are estimated to be responsible for up to 3% of global electricity consumption today and is projected to touch 4% by 2030. The average hyperscale facility consumes 20-50MW annually – theoretically enough electricity to power up to 37,000 homes. Vertiv’s experts expect this to prompt increasing governmental scrutiny in 2023.

It’s happening in some places already. Dublin, Ireland, and Singapore have taken steps to control data centre energy use, and data centre water consumption – especially in areas prone to drought – is likely to trigger similar scrutiny. According to the U.S. Department of Energy, the water usage effectiveness (WUE) of an average data centre using evaporative cooling systems is 1.8L per kWh. That type of data centre can consume 3-5 million gallons of water per day – similar to the capacity used by a city of 30,000-50,000 people. The industry will continue to take steps to self-monitor and moderate – including an increasing preference for environmentally-friendly thermal designs – but 2023 will see increases in regulatory oversight.

4 Hyperscalers and others shop off the rack

According to a recent Omdia survey, 99% of enterprise data centre operators say prefabricated, modular data centre designs will be a part of their future data centre strategy. That’s more than a trend; it’s the new normal. In 2023, Vertiv’s experts anticipate a continuing shift in the same direction among hyperscalers as they seek the speed and efficiencies standardisation delivers.

This is a newer concept for the world’s leading cloud providers, and they’re turning to colocation providers – who have been standardising for years – to make it happen. Specifically, those cloud providers are outsourcing their new builds to colos to leverage their in-market expertise, proven repeatability, and speed of deployment. In short order, standardisation – ranging from modular components, such as power and cooling modules and skids, to full-fledged prefabricated facilities – will become the default approach not just for the enterprise, but also hyperscale and the edge of the network.

The diesel generator has long been an imperfect but inescapable piece of the data centre ecosystem. It represents stored energy that largely goes unused while still requiring maintenance or fuel replacement after periods of inactivity. Then, when pressed into service, generators produce carbon emissions operators are desperately trying to avoid. Already, some organisations are relying on batteries for longer load support – up to five minutes in some cases – and even designing their data centres with minimal generator capacity.

These are transitional steps to minimise the role of the generator as the industry searches for other options – including new battery technologies – for extended backup power. In 2023, Vertiv’s experts anticipate a preferred alternative will emerge – specifically hydrogen fuel cells. These fuel cells will function much like a generator at first, providing momentary load support, and eventually hold promises for sustained or even continuous operation.

After years of relatively static rack densities, data centre operators are increasingly requesting higher-density racks. According to the Uptime Institute’s 2022 Global Data Centre Survey, more than a third of data centre operators say their rack densities have rapidly increased in the past three years. This is especially true among larger enterprise and hyperscale data centres, where nearly half of those operating facilities at 10MW and above reported racks above 20kW and 20% claimed racks higher than 40kW.

This is consistent with the maturity of liquid-cooled server technologies and increasing acceptance and adoption of such technologies. The aforementioned increases in server power consumption are happening as the need to add capacity quickly is growing, challenging operators from all sides. This leaves them little choice but to explore the boundaries of existing facilities by adding computing in tight spaces, increasing rack densities, and creating thermal profiles that require liquid cooling. While liquid cooling is not a new technology, the early wave of successful, efficient, problem-free deployments in high-density environments has provided proof of concept that will boost adoption in the coming year. The addition of direct-to-chip cooling to new OCP and Open19 standards will only accelerate this trend.

1 5G meets the metaverse at the edge

Omdia, in its 2022 Mobile Subscription and Revenue Forecast, projects nearly half of all mobile subscriptions – more than 5.8 billion – to be 5G by 2027, pushing computing closer and closer to the user. The metaverse is an application in search of an ultra-dense, low-latency computing network. In 2023, we’ll see these two activities intersect, with metaverse implementations leveraging 5G networks to enable the ultra-low latency features the application demands. Ultimately, this will require higher powered computing in those 5G edge locations, and we’ll see that happening soon – with early forays in 2023 followed by more widespread deployments in the years after. As the edge of the network becomes more sophisticated, so will the infrastructure needed to support it. This will include technologies such as artificial intelligence and virtual reality planning and management systems and increased adoption of lithium-ion UPS systems at the edge – an ongoing trend that saw shares increase from 2% of sales in August 2021 to 8% in August 2022, according to IDC.

“In recent years, sustainability has been the greatest focus area for the data centre industry, and that aligns with the 2023 emphasis on increased regulation from governments, as well as interest in alternative energy sources,” said Karsten Winther, Vertiv President for Europe, Middle East and Africa (EMEA). “As we move forward, data centre owners and operators will need to choose an infrastructure solutions partner that is able to advise them on the best practices and technologies to help them meet their ‘net zero’ goals. With greater innovation and industry transformation, particularly in 5G and the metaverse, 2023 will be an exciting year for our customers and industry.”