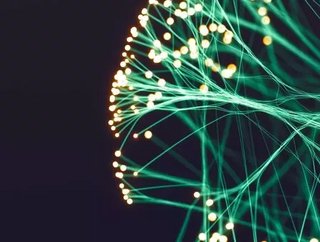 Dark fiber networks may be the key to supporting the ongoing growth of hyperscale data centre networks...

Fiber optics are the connective tissue that holds the modern world together. They form the backbone of the modern internet, carrying 99% of all data sent around the world.

Back in 2017, it was estimated that there were more than 1.1mn kilometres of fiber optic cable around the world - around three times the distance between Earth and the Moon. As the planet becomes increasingly interconnected (to itself, not to the Moon) and the volume of data being created swells past 2.5 quintillion bytes every single day, Earth’s fiber optic nervous system is an increasingly critical piece of infrastructure.

As the need for capacity to connect more and more hyperscale data centre facilities to the net increases, dark fiber is becoming one of the most important commodities in the industry.

What is dark fiber?

Dark fiber is unused or unlit fiber optic cable, often laid alongside connected lines, that isn’t hooked up to allow the passage of data traffic. Dark fiber is typically leased to third-party companies by the network operator to allow for increased traffic.

Data centre investors and operators, forever seeking to improve the efficiency and capacity with which their facilities can reach network hubs, have been readily investing in and acquiring companies that specialise in providing dark fiber network access.

Currently, the dark fiber network operating industry brings in around $4.5bn in the US alone each year, and is expected to grow as a CAGR of around 12.2% going forward as investment continues to rise and the industry continues to mature.

Last week, Stream Data Centers announced that its near-complete Phoenix I data center in Goodyear would become a part of the growing Cox Business fiber network. The partnership will allow Stream customers to interconnect their Stream services with other data centers or to their local offices using either dark fiber or internet transport services with speeds up to 100Gbps. “Stream's customer base is made up of Fortune 500 and hyperscale cloud providers, which makes Cox Business' ability to deliver low latency, diverse dark fiber route options to the most demanding of customers highly complementary,” added the company in a press release.