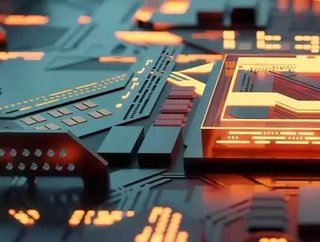 The data centre industry is bracing itself for a massive change. As the rise of 5G and the internet of things (IoT) begin to generate a growing tsunami of data - churned out by everything from RFID chips to water meters - the amount of information that data centres are being routinely expected to handle is mind-boggling. In 2018, the world was creating 2.5 quintillion bytes of data every day. By the end of this year, the total digital sphere is expected to be bigger than 44 zettabytes, meaning there will be 40 times more bytes of information on the internet than there are stars in the observable universe.

In particular, rising social media usage, smartphone ownership and IoT are all massive drivers of growth. As smart sensors, embedded technology and wearables constantly interact with and record data from their surroundings. Wearable tech is expected to account for 28 petabytes of data every single day by the end of 2020. For context, a petabyte of storage can accommodate roughly 20,000 Blu-Ray copies of Blade Runner (and I mean the Director’s Cut, not the anemic theatrical release).

The Chip and Switch Challengers

Every few years, fiber optic networks are upgraded to accommodate increased traffic. Around 2016, a wave of upgrades saw the average capacity of a high-speed fiber optic link rise to about 100GB-per-second. Now, the next generation is here. According to Amit Sanyal, Head of Marketing at Innovium, the industry is preparing for the significant jump to an average fibre link speed of 400GB-per-second. This upgrade, according to Sanyal, is going to place more demand on the hardware that makes up a data centre’s servers - something that his company, Silicon Valley-based Innovium, is hoping to capitalise on.

Innovium was founded in 2015 with an ambitious goal in mind: to take a bite out of data centre chip goliath Broadcom. Headquartered just a few miles away from its challenger, Innovium, Broadcom is a $170bn tech monolith that has more or less cornered the market making chips that power the networking switches made by companies like Arista Networks and Cisco.

Now, Innovium is coming for a piece of that pie. "We have established ourselves as the only compelling silicon diversity option,” said Sanyal in a recent interview. The upstart chipmaker recently secured another $170mn in venture capital funding, pushing its valuation past the unicorn threshold - a first for a startup making data centre hardware. Innovium is reportedly the only challenger to take a bite out of Broadcom’s market share so far. Rajiv Khemani, Co-founder and CEO of Innovium, commented in a press release that, “We are delighted at the strong adoption at leading OEM, Cloud and ODM customers ... which resulted in over 20% market share for 50G SerDes switch silicon in our first year of shipments.”

“Developing highly robust switch silicon from the ground up and powering mission-critical networks at the world’s largest data center customers with a first product line is truly remarkable. The team at Innovium has successfully executed on their vision to provide breakthrough solutions with TERALYNX products,” said Sandesh Patnam, Partner at DFJ Growth, one of the companies that invested in Innovium. “We are excited to invest in Innovium as they continue to make strong progress in customer deployments and expand in a large, high-growth market.”

Innovium’s success points to an incoming sea change in the data centre networking hardware market. We may be about to see other small challengers and big tech firms descend on the space, as chipsets and switches become even more important to sustained growth across the industry.

Data Centres are huge, complex pieces of infrastructure, and fully understanding the components that make them tick can feel overwhelming. Digital Realty, one of the world’s foremost data centre operators, has provided expert definitions of the nuts and bolts that make up a data centre’s networking capabilities:

Harnessing the Power of Dark Fibre

Fibre optics are the connective tissue that holds the modern world together. They form the backbone of the modern internet, carrying 99% of all data sent around the world.

Back in 2017, it was estimated that there were more than 1.1mn kilometres of fibre optic cable around the world - around three times the distance between Earth and the Moon. As the planet becomes increasingly interconnected (to itself, not to the Moon) and the volume of data being created swells past 2.5 quintillion bytes every single day, Earth’s fibre optic nervous system is an increasingly critical piece of infrastructure.

As the need for capacity to connect more and more hyperscale data centre facilities to the net increases, dark fiber is becoming one of the most important commodities in the industry.

Dark fibre is unused or unlit fibre optic cable, often laid alongside connected lines, that isn’t hooked up to allow the passage of data traffic. Dark fiber is typically leased to third-party companies by the network operator to allow for increased traffic.

Data centre investors and operators, forever seeking to improve the efficiency and capacity with which their facilities can reach network hubs, have been readily investing in and acquiring companies that specialise in providing dark fibre network access.

Currently, the dark fibre network operating industry brings in around $4.5bn in the US alone each year, and is expected to grow as a CAGR of around 12.2% going forward as investment continues to rise and the industry continues to mature.

Last week, Stream Data Centers announced that its near-complete Phoenix I data center in Goodyear would become a part of the growing Cox Business fiber network. The partnership will allow Stream customers to interconnect their Stream services with other data centers or to their local offices using either dark fiber or internet transport services with speeds up to 100Gbps. “Stream's customer base is made up of Fortune 500 and hyperscale cloud providers, which makes Cox Business' ability to deliver low latency, diverse dark fiber route options to the most demanding of customers highly complementary,” added the company in a press release.