Far from its Glasgow HQ and the COP26 conference halls, around 150kms north of Kalgoorlie in Western Australia, Aggreko has been embarking on a new phase of industrial sustainability.

It has been integral to the development of a newly commissioned gas station at Ora Banda Mining’s Davyhurst Gold Mine, part of a broader global strategy to assist miners decarbonise their modular energy solutions.

Formerly running on diesel, the project – which provides around 8MW of power output – is believed to be the first to incorporate latest gas technology and involves a ‘virtual pipeline’ of gas being trucked over 650kms. It was installed in three months.

“We are very excited about this project,” said Rod Saffy, Global Head of Mining at Aggreko. “It’s going to save about 25,000 tonnes of CO2 and a great example of new technology coming to market, and miners having the foresight to commit to cleaner energy on site.”

Saffy says it now has similar projects up and running in four countries – two in Australia; two in Canada; one in Spain; and it is about to commission one in Chile. They are all between 6-10MW loads – five involve LNG truck gas and one is CNG compressed gas, and the distances are roughly the same, spanning between 500-1,000kms.

Aggreko is on a mission to cut the amount of fossil diesel fuel used in customer solutions by at least 50% by 2030 and aiming to be net zero by 2050. The sustainable fortunes of its own business, and that of its clients, are very much entwined.

“LNG continues to be a strategically important option, and it’s certainly becoming more popular and providing a better option for our clients. Most mines that are running on diesel would prefer to run on gas,” said Saffy.

He foresees no reason why you can’t add a solar battery energy storage, and any other renewable, to this LNG arrangement.

“A good example would be our Granny Smith mine, where we have a gas-powered station and solar farm attached, and we’re looking at a wind option too,” he said, adding that it was one of the largest renewable microgrids in the world.

Power scale is a factor; if the loads get too high, nearing 30MW, then a lot of trucks are required as well as increased gas storage on site which means an increase in capital. “At this point it may make more sense to build pipeline infrastructure to the station, so it’s very situation dependent.”

Amid the transition from diesel to gas, renewables will continue to grow in stature, and batteries will reduce emissions further. But access to gas can be a challenge.

“Not many mines have good access to pipelines, which traditionally has been a barrier to considering gas as a cost effective option. However, we are seeing a trend where there are now more options available in the market to liquefying and transporting gas from the nearest pipeline,” said Whyte.

The advantage of global companies is when entering countries which may not be as developed, you can take established clean energy policies and commitments into these regions, added George Whyte, Managing Director, Australia Pacific and Global Mining Sector Leader at Aggreko.

“We are definitely the only true global company operating across all continents. We apply global standards to mines, regardless of the country,” he said.

The company has seen rising demand in Africa, South and North America. It’s not only new mines which keeps Aggreko busy – mine expansions as well as scaling down a mine’s power needs is also important.

“There is an increasing trend, and definitely those running on diesel are looking to run on gas,” he said.

Aggreko is looking at alternate fuels, and as they become readily available, it will look at technologies which will support these fuels. He foresees thermal power will continue to play a key element in hybrid solutions.

“When you think about renewables, it’s going to be a combination of solar, wind and storage. To achieve a high penetration, you will need all three. Everyone has different targets. We would like to reduce emissions for our customers and have a pathway to that.”

Typically solar accounts for less than half of your thermal load, but Saffy believes that will rise as batteries become more efficient. “Mines will be able to access more storage.” he said.

Aggreko is exploring how it can integrate green hydrogen into its fleet, and combine it with renewables and battery storage to build efficient and resilient hybrid systems, which will help customers achieve their sustainability goals.

Although many peers offer renewable solutions, not many have the experience required when managing off-grid mine power.

“We are also technologically ‘agnostic’, and prefer to design a bespoke solution which will include the best combination of renewable and thermal technology.”

While most sectors have been impacted by the pandemic, mining, with its remoteness and scale, has weathered it better than most.

“The mining sector is used to managing risks, and has a lot of controls in place,” added Whyte.

“It’s been a very busy year for us, and we’ve not seen the same issues that we have in some of our other sectors. We are very optimistic about the outlook in the next year or so, despite disruptions to the supply chain.

“We aim to replicate Australian mining standards globally for consistency, both in terms of energy technology and compliance. A lot of developing countries are looking for the same standards, so that’s a unique offering being global. We’ve seen a great demand in the appetite among the global mining houses to engage with us.”

He said its key value propositions are its in-house technology and flexibility.

“Aggreko’s scale and access to equipment, as well as investment in technology, is a great platform to start with,” said Saffy. “We can meet customers’ early contact needs and as things change, we can bring in new technologies and deliver it under the same long-term contract.”

“We have committed to investing hundreds of millions of pounds a year to support our energy transition commitments towards becoming a Net Zero business by 2050.”

The mining sector needs more flexible solutions, and Aggreko focuses on mobile and modular and integrating them with technology. Aggreko is able to offer flexibility by leveraging its short-term contract business division, and its business model allows for low cost for upgrades / swap outs which reduces risk for miners.

Energy-as-a-Service (EaaS) is also rising in importance. “I wouldn’t say it is for all companies but EaaS is a hot topic and increasingly miners are saying “we prefer to do mining and we leave energy to specialists such as Aggreko,” said Saffy. 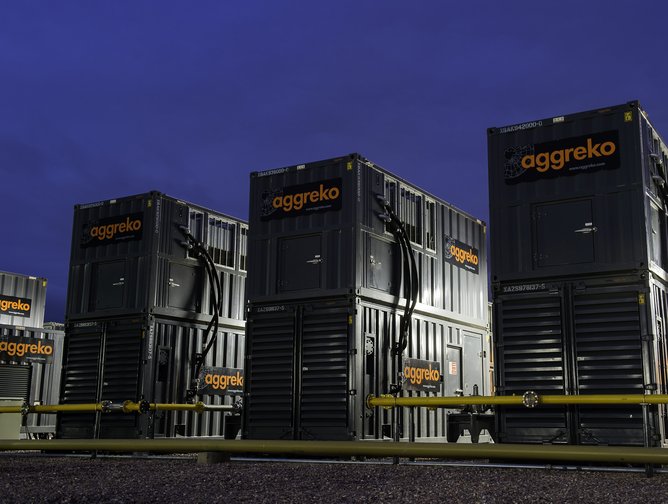 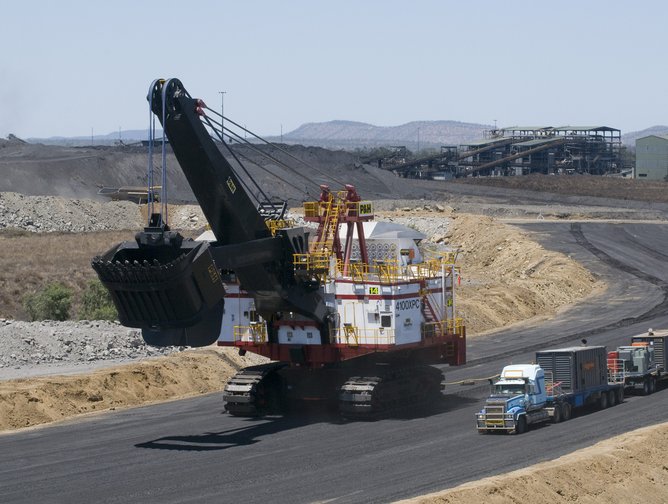 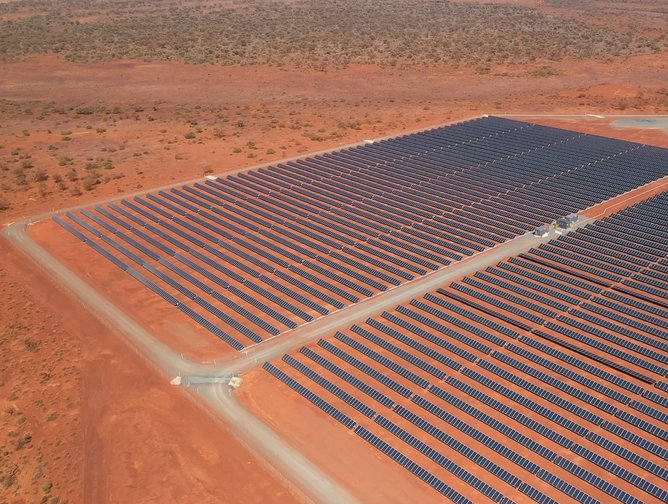 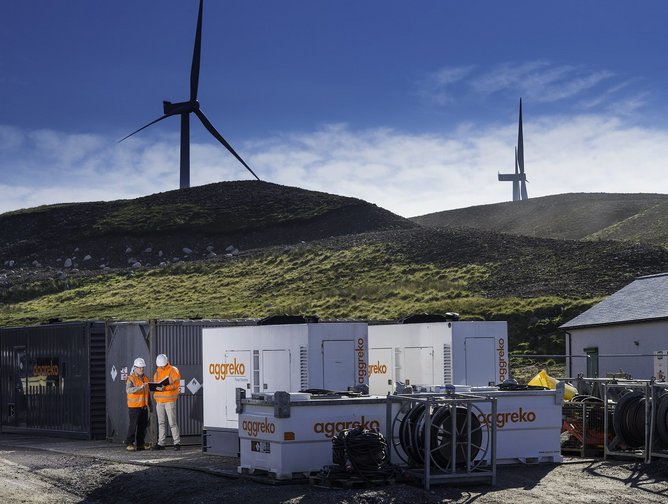