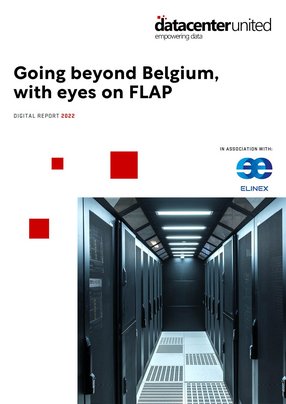 With the recent acquisition of another three data centres (DCs) across several regions, DataCenter United (DCU) ‒ based in Antwerp, Belgium ‒ is growing at an increasingly rapid pace. “We want a country-wide network of well-connected, well-established, high-quality and efficient DCs that offer multiple services to our customers,” says Friso Haringsma, Managing Director of DCU.

Haringsma originally gained experience of the DC world through being a customer at a previous IT company, the workings of which allowed him the insight and expertise to establish DCU down the line.

A further, and critical insight into DC market needs came from his discernment of a disparity in demand and supply. Haringsma says: “DCU was founded in 2010 with our first Antwerp DC, after we noticed that engineers were always travelling to other regions and countries because there were simply no solutions in the local area. So we recognised a gap in the market, saw an opportunity due to the high demand and short supply of such services, and so established DCU ‒ only, it wasn’t called DCU back then. The ‘united’ designation came about after our expansions, establishing interconnectivity between our web of DCs, which were then united, digitally-speaking.”

In the past, it was common for customers to bring their services to the physical DC itself, after which it was up to them to cope with the travel times and expenses. “But our vision was different,” says Haringsma. “We wanted to bring our services directly to the customer, and the eventual development and expansion of DCU flowed from this.”

DCU then continued acquiring DCs ‒ including another 3 this year alone ‒ bringing up their numbers to a total of six. The chronology of DCU’s growth looks like this: its first DC was established in Antwerp in 2010; in 2012, it acquired a DC in Brussels; in 2016, it acquired another in Antwerp; and, this year, it acquired 3 more, with one in Bruges, one in Ghent and another in Southern Antwerp, effectively doubling its numbers.

As stated on the company website, DCU now possesses ‘6 Belgian state-of-the-art, carrier-neutral data centres’ ‒ “and we are not finished yet,” says Haringsma. “We are quite ambitious to get more market-share and present ourselves to the wider European DC market as a viable, cost-effective alternative to giant DC providers.”

DCU also recently became Tier IV DC certified, being recognised for its design, operations and build sustainability. “We also have flexible and transparent ways of working that are embedded into our culture”, says Haringsma.

Expanding on DCU’s organisational vision, he continues: “Edge and Proximity have always been a part of our organisational nature, and that was a further driving force to acquire more local DCs. Transparency is not just an abstract principle at DCU, but is embedded in all aspects of our operations, whether it be in terms of our numbers, the temperatures of the centres themselves, atmospheric humidity, energy consumption and so on.”

DCU established a portal back in 2010, allowing customers to keep an eye on all aspects of these services. Haringsma says: “It is important for us to not be a black-box, and so communication and dialogue with our customers is absolutely key to us.”

There was a myth that, in Belgium, it was impossible to achieve a Tier IV DC. “Some journalists even said they had consulted with their experts,” says Haringsma, “and I said ‘these are clearly the wrong experts’.”

Asked about DCU’s Tier IV certification in relation to its culture, Harigsma says: “If you look at the Belgium DC landscape, you see large companies are driving the business ‒ big names with big money, and unfortunately, mainly big real estate companies who are buying and selling real estate for profits. In other words, they create value for themselves but not for the local communities.”

“DCU on the other hand,” says Haringsma, “is a way of waving the flag and showing our customers that we can add a lot of value to the market by offering really high-quality services, with a great culture to boot.

“Tier IV is internationally known as the highest quality DC available. The knowledge and perception of DCs is incorrect most of the time, as everybody claims to have a certain quality of DCs, with most assuming that, if it looks good, then it must be good ‒ but if you look under the bonnet you can see that it isn't. You can't claim to be a certain quality without certification ‒ the devil’s in the details.

“So from a certain perspective, Tier IV isn't difficult to achieve, but in actuality, you need full certification to have credibility. Our team was instrumental in designing and building our DCs, which in turn built trust, and they have very good knowledge of the techniques and a mastery of the operations involved.”

DCU concentrates a lot of its energies on competing as a smaller DC, demonstrating that data services should be orientated around people and communities. “A smaller partner can be a reliable partner,” he says, “and can offer pricing as well as a high quality of service. The initial investment may cost more, but it isn't affecting the operational part.”

DCU offers Migration Services that are fully managed in-house. Haringsma says: “We were active in seven DCs at one time, installing equipment, moving things around and of course, engineers and technicians can be expensive. So it was natural for me to concentrate on customers through migration services and moving DC’s inter-location.

“You can't always build-out at a new location; a lot of the time you need to migrate, and this needs to be done with minimal downtime and constraints, and without issues for the local team.”

Edge Location Services and The Question of Sustainability

There are certain global-to-local trends that Haringsma sees impacting the Belgium market. “In Belgium,” he says, “we are seeing a lot of movement to cloud services and many DCs reevaluating their businesses and their real estate. For many DCs however, it isn't their primary business, so in the end, it isn't their cup of tea. DCs are always either too big or too small, or running bottle-necks that are way too costly. These problems require solutions. That is why we try to bring our services to our customers through multiple DCs, over an area of about 75-100 km (about a one hour drive in either direction).

“Some companies don't do everything themselves. They use IT partners, but if you can bring the DCs to your customers yourselves, it’s added-value. So we want to accelerate bringing our DCs to our customers in the future, and provide On-Net and Off-Net options over multiple DCs.”

DCU’s biggest driver is for proximity DCs. “5G means decentralised data, compute, network ability and storage,” Haringsma says, “and so the services we provide are requirements for this development.”

For many DCs, sustainability is an afterthought. The centres are built with the explicit ‒ and sometimes sole purpose ‒ of data provision, thus sustainability considerations come later.

“We are trying to be sustainable by nature, being as efficient as possible,” says Haringsma. “But it must be remembered that there are multiple drivers. By affecting all the variables that we have under our control, we are able to lower costs and achieve higher sustainability. However, it must be said that service-continuity is always the primary focus, and then comes sustainability.

“Nevertheless, we reuse water, utilise solar panels and have heat exchange systems that redirect waste heat to reheat our warehouses, for example. We try to do our best in handling those things.”

Haringsma alludes to the fact that most talk of sustainability in the DC world is not entirely honest. After all, a DC’s primary output is energy, not data. “We could change the loads of machines,” says Haringsma, “but this is the responsibility of our customers, including things like killing zombie DCs and so on. We make sure they have a more efficient server infrastructure, but there are further constraints on sustainability for private DCs in general, because they are not being controlled by the government.”

On-Prem Legacy DCs that are converted into commercial DCs have an even higher PUE (Power usage effectiveness). “We are 1.3, 1.4 or 1.5, where some private DCs have a PUE of 4 or even 5. We are hundreds of percentage points more efficient and sustainable,” he says. “We can't change the fact that a server and digital infrastrastructure needs energy, and we do need to raise more awareness about this. The clouds run on machines, and a lot of people don't have a clue about this, so we need to fight against this lack of understanding and educate them. Further, why should we pay for an upgrade of the grid, when Mr. Facebook and Mr. Amazon are using up all of our energy for the next 2-3 years?”

Haringsma points out that local employment (both direct and indirect) equates to around 15 or 16 people employed per rack or server, and every one euro attached to DCs creates multiple times its value for the local economy. “A local company also pays local taxes and serves the local community, but this is not the case with an international DC,” he says.

Haringsma believes that in the future, every town and village should have its own DC, and must give back to society, in energy that should all eventually be recyclable.

In terms of its current energy needs, one of DCU’s partners is Elinex, “who are very good partners”.

“They provide us with many benefits, but one thing is they have a good culture and vision, and organise to build certain solutions. They are also really hands-on and are a good fit for us,” says Haringsma. “They also know what they're talking about. We have around 10 or 15 UPS (Uninterruptible Power Supply) brands, and it's hard to keep track of what they're all doing in the market and their constant evolution. Elinex can take us directly to brands, and they really help us provide solutions while also providing the right information to allow us to be an effective provider.”

“We also partner with Huawei, whose equipment ‒ according to my technicians ‒ is really well-designed and allows us to be more efficient in our DC provisions,” he says.

Belgium is in the middle of the FLAP (Frankfurt, London, Amsterdam and Paris) region, which makes up the primary DC market. DCU has high hopes that the Belgium market will grow even more than it already has in the past few years.

As for future trends, Haringsma says: “I see consolidation in the market. There is a lot of money involved, and it seems that everyone wants a piece of the pie when they hear the words ‘digital infrastructure’. When they say ‘5G’, I say, ‘ok show me’. A lot of bubbles are created by those who don't know how DCs actually work.

“Transparency will also be a central theme, but as complexity accelerates, there will be too many applications that can potentially break down, so diverse solutions will be needed. Most importantly, the customer has to be able to focus on their own business, and more partnerships will be able to make this happen.”

Ever-expanding, DCU has just received approval for the expansion of their current Antwerp Datacenter flagship location, adding another 6000 sqm of IT space, bringing it up to become a 20 MW facility. 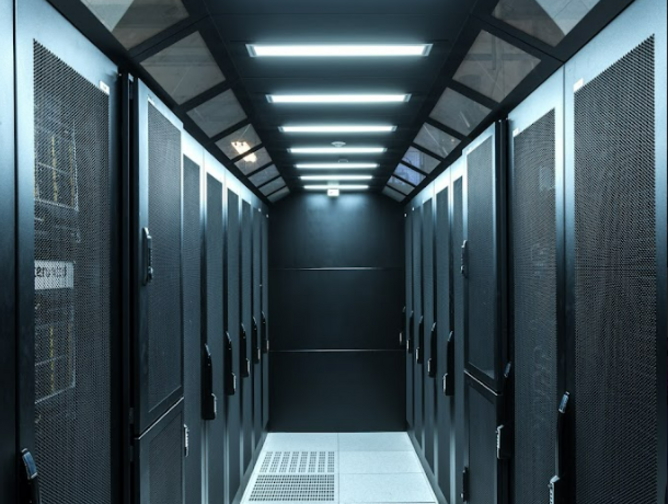 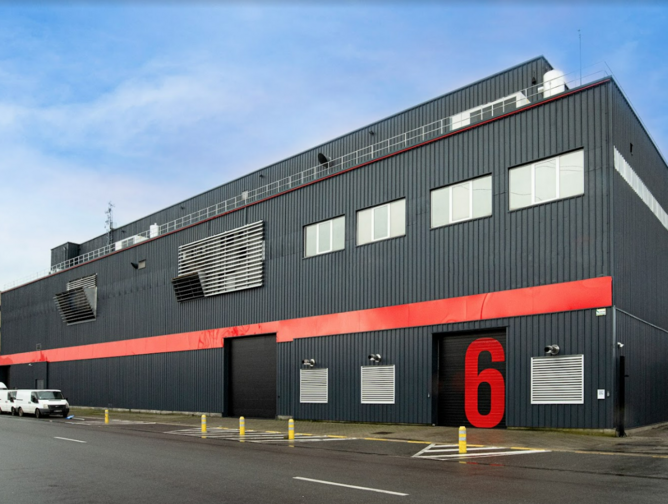 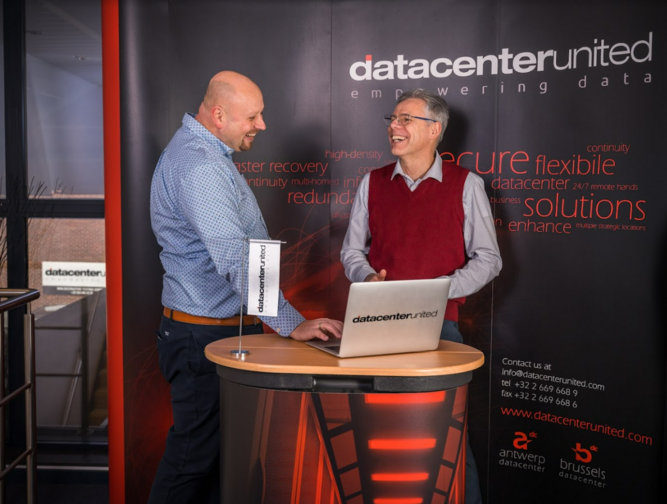 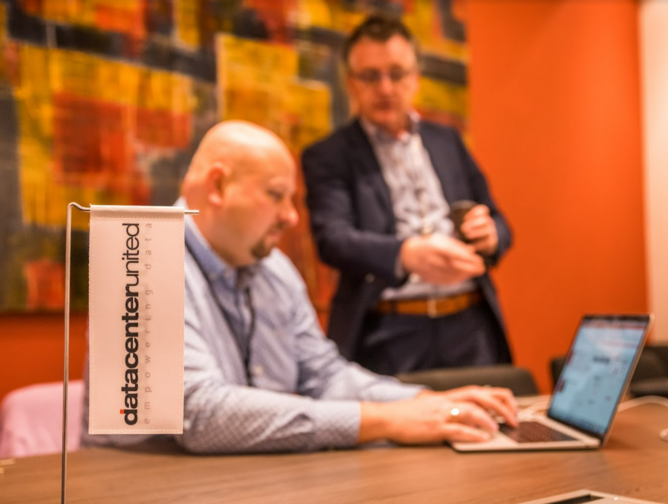 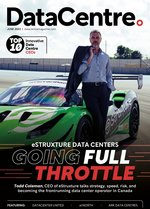