How Aligned is delivering adaptive data centres at scale and pace, while offering mission-critical stability for customers.

View Full Report
Aligned is focused on designing and delivering dynamic solutions with industry-leading technology and adaptive infrastructure that align with customers...

“Often when a large hyperscale provider is looking for a space, it has an internal plan for the year for capacity and compute - typically based on the individual business being able to support projected growth and requirements for the year. That need for sophisticated capacity planning in the data centre industry is often due to sector volatility or how fluid the business requirements for individual applications are…”

Mike Coleman, Global Head of Design & Delivery at Aligned, leads the company’s clients through the minefields of mission-critical; a solution provider able to react quickly to changing needs. “A customer may have planned for 10MW of space, but the business might realise it needs 15MW, and right now,” he says. “At Aligned, we have the capability to help them through that and ensure they have the space they need, where and when they need it.”

Aligned’s approach is to design a physical, electrical, and mechanical infrastructure that is very quickly deployable, but also deployable in the right-sized increments to meet customers’ unique capacity needs and requirements – now and in the future. “Instead of building a 50MW data centre and having it sit there waiting for it to be fully utilised, we're able to build the physical structure, whether it's a cold or a warm shell, and then incrementally deploy infrastructure at pace,” assures Coleman. “For example, we can get the mechanical backplane down to as little as 750KW of cooling capacity in an individual increment. Allied to this, our electrical topology is extremely flexible, allowing us to make adjustments towards a specific customer.”

Coleman highlights that this flexibility allows Aligned to deploy incrementally across a building in two ways. “We can add to the planned capacity for the building, but also if the customer decides that they're going to grow in place,” he explains. “From a density perspective, we can add that capacity in their current physical footprint and not require additional square footage or a lift-and-shift of equipment into a different space. That's the philosophy behind the design and the way that we're able to meet those commitments. Once we have the cold channel, we make the space ready maintaining approximately 50MW of our mechanical and electrical infrastructure rolling through the supply chain. We manage that very closely between the sites. By standardising that infrastructure from site to site, we're able to make delivery commitments with our vendors, with our suppliers, with incremental release dates that allows us to keep them up and running.”

Aligned has commoditised its processes allowing it to deploy mechanical and electrical equipment in modules. This reduces onsite construction and the labour required while also minimising disruption for any tenants using the facility. “We aim for our work to be seamless and the process to go almost unnoticed,” adds Coleman.

Future-proofing its infrastructure solutions is critical for Aligned when contemplating the overall design of a project. “Future-proofing is typically focused on increased density; with CPUs getting increasingly powerful, they draw more and more power,” notes Coleman. “Historically, what happens in the data centre when you look at the retail or wholesale environment, is that a company with a traditional 15-year lease for a larger deployment will start to see a lot of empty space in the room because as they go through a tech refresh cycle, the equipment they’re installing is getting smaller, while requiring an equal amount of cooling. When Aligned started in 2013, our goal was to drive a more sustainable approach to providing a physical structure in a number of ways. Today, we match 100% of our IT load with renewable energy sources.”

Aligned saw that with traditional cooling systems, faults would occur and this became the driving force behind the push for future-proofing. “With our Delta Cube arrays, we’re able to start off with a customer at a low density, which today averages about five to 10 kW per rack. However, the way that our mechanical structure is deployed enables that customer to then scale up, or in place, without having to maneuver or adjust their infrastructure. They then typically scale to anywhere from the 10kW up to 50 kW a rack. We can incrementally add capacity quickly, and our customers never have to worry about looking for a new space. We call this capability Expand on Demand.”

At the core of Aligned’s bespoke approach is its proprietary cooling technology – Delta CubeTM and CACTUS®. “It could not be any more flexible,” confirms Coleman. “For higher densities than 50 kW per rack, it is also easily integrated with liquid-cooled solutions. The industry really hasn't standardised around anything, so whatever we do right now will not be a catch all. It would be a unique deployment for an individual customer, which we could accommodate.”

Aligned’s electrical topology, and how it deploys power, is based around a standard offering which is also incredibly flexible. “Many of our customers might have some core systems that require more robust electrical reliability. They might have an N+1 environment for the production equipment and network gear, or more critical systems that are usually deployed in a smaller footprint. These might need to be more robust, whether it's two-line or double-corded, even with our standardisation around our design, we can easily accommodate those adjustments because of the way that we designed the physical infrastructure.”

Aligned has the ability to offer any type of renewable energy to its customers. In the U.S., more often than not, this green energy is brought in via the utility, but Coleman notes that some of Aligned’s customers are investing directly into wind farms and solar that support their local grid. “Taking this approach, you're shaping and leading the power. We have experience doing this and are happy to work with them.”

The company’s green approach extends to its cooling system, which is capable of operating using 80% less energy and 85% less water than traditional cooling systems. “There's the Delta Cube, and we also have a proprietary chiller that we develop and manufacturer – the CACTUS,” reveals Coleman. “The chiller itself runs predominantly on 100% outside air when conditions allow (when dewpoint is low and temperature is in the right range). It’s not until we see adverse conditions, which are not consistent annually, that we activate the adiabatic cooling in the chiller, which does not run all the time.” Coleman notes that adiabatic cooling runs for a fractional number of hours a year compared to the outside air. “When dewpoint becomes an issue or humidity is a little higher and adiabatic isn't effective, we do have a traditional cooling system that can kick in as well, so we really have all conditions covered.” He maintains the system is designed to run on 100% outside air as much as possible and that reduced energy and water consumption is driving the industry-leading 1.15 PUE that Aligned operates at.

Aligned typically partners with the top five contractors in the U.S. data centre market, drawing on the technical expertise of those who have heavily invested in the talent needed to support mission-critical projects. “Very often, we're partnered with a large general contractor to establish the original building,” confirms Coleman. “The other reason is the pace that we build at, nine or even six months in some cases, requires enormous cashflow efforts, and a very large workforce. We have a handful of both capital and construction partners capable of supporting that. Once the site is established and you've got iterative work, whether it's multiple additional buildings on the site or additional build down to the shell, we've developed partnerships locally. The local MEP contractors and subcontractors are critical alliances for us moving forward to continue the expansion of our operations and be good partners to the communities we work in.”

Aligned’s recipe has resulted in some notable successes. “I'm very impressed with our first building in Salt Lake City. That was a brownfield conversion of a chip plant where we were able to purchase and retrofit the building, as well as get customers deployed there in under a year; that's almost unheard of in our industry,” says Coleman. “Similarly, based on the way that our infrastructure is designed, we were able to complete our first phase of capacity in Ashburn in about six months, which is the fastest I think I've ever seen. Both amazing accomplishments for us.”

Aligned recently secured a $575mm credit facility, which will further support its goals for 2020 with expansion of its adaptable colocation and build-to-scale solutions at current campuses; Salt Lake City and Phoenix expansions are already underway. “We can achieve whatever our customers need. We're not capital constrained, our partners’ infrastructure funds are not looking for quarterly earning updates and requirements back on their investment. We have the ability to accomplish anything our clients need, which makes the road ahead truly exciting.” 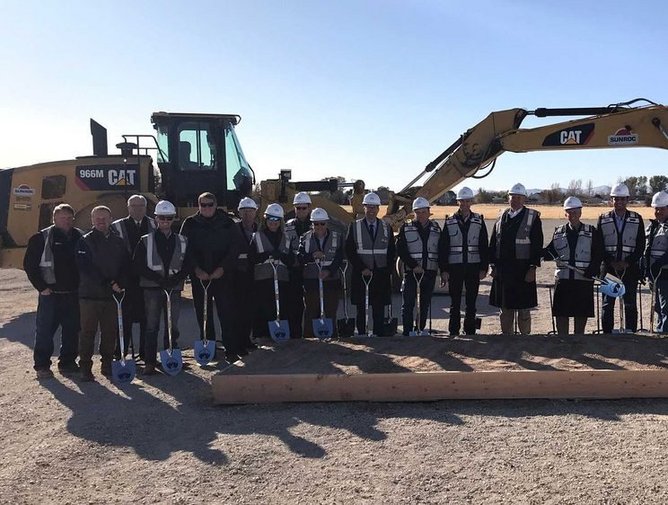 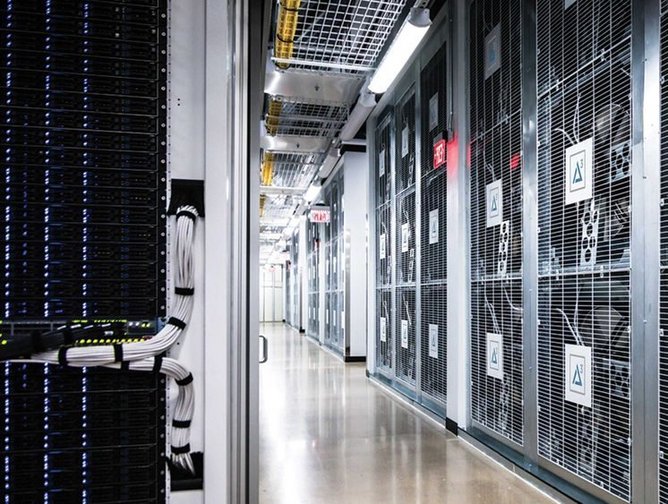 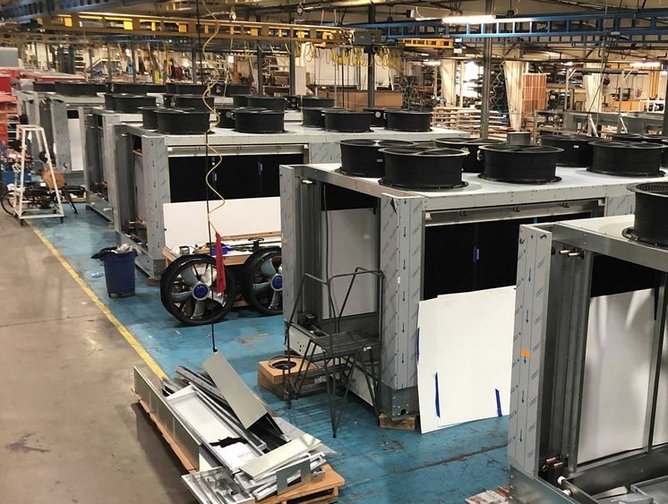