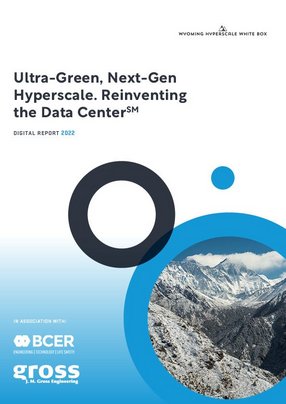 Wyoming Hyperscale White Box, or just Wyoming Hyperscale, has a story behind it that is a modern version of an old corporate founding retelling. A forward-thinking, future-proof, family firm in the Old American West.

Wyoming Hyperscale is the brainchild of siblings on a family ranch near Evanston, Wyoming. Bought from a bankruptcy in the 1990s, the 12,000-acre plot sits 2,316 metres (7,600 feet) above sea level, on the northern ridgetop of Aspen Mountain.

The tagline “The End of Air Cooling” spells out neatly how innovative the project is. It is a fully sustainable, innovative and all-inclusive data centre solution.

According to the company itself, it is “the hyperscale you should have been planning and permitting for immediate construction - two years ago​​” with the “potential for infinite runtime with diverse natural gas storage and multiple high pressure gas transmission lines running through adjoining acreage owned by the family​.”

Trenton Thornock, the Founder and Managing Member of Wyoming Hyperscale White Box, says “one of the things we wanted to do was to create a situation where our tenants could find things that they can't find anywhere else in the world.”

“My background as a CFO had me doing large scale industrial developments all over the world,” says Thornock. “I've built plants in China, started businesses in Russia and South America, and just everywhere else you can imagine.”

Wyoming Hyperscale is Thornock’s purpose-driven mission and feels like a grand opus to a career of formidable industry and business relationships.

Wyoming Hyperscale is a data centre project that uses negligible water and power by relying on Liquid Immersion Cooling (LIC). “In addition to the operating efficiency…is a connection to an indoor farming facility.” Farming is carbon negative and by growing produce that is sold locally on the same land as the data centre, obviating the need for haulage from elsewhere, social value impact is embedded here for the community, climate and customer.

The project uses resources on site, taps into renewable sources and maximises the use of an ideal situation by, frankly, making sure it is ideal from the planning stage.

Benefits of the set-up run deep and by building the concept from the ground-up, Thornock can maximise the benefits of using LIC to speed up construction.

“That has a knock on effect in the engineering, in that our data halls are clear span, metal buildings. To build a clear span metal building on a concrete slab takes less than three months.”

The core benefit, though, is that switching from air cooling to Liquid Cooling reduces cost of cooling by 95%.

Thornock runs the business, his brother Brady the ranch, and the five other siblings are silent partners. It is Thornock’s career supervising major industrial builds that makes the project possible. Bringing in all the right partners and expertise has also allowed the project to come online in just a few years. Construction on Phase 1 is ongoing but the partnerships that brought it together mean progress has been rapid. Construction began on January 3, 2022. The current expectation is to install 10 megawatts in October 2022, ten megawatts in November 2022, and ten megawatts in December 2022. Full commissioning of the first ten megawatts is expected to complete by the end of 2022.

How partnerships and knowledge shaped a Hyperscale of the future

Wyoming Hyperscale is the product of a lot of experience, a lot of expertise, a lot of interest from very large companies. Unsurprisingly, it is largely focused on providing for very large Content Delivery Networks, and while Thornock cannot name the clients lined up, they have been partners in the process, too. The will to set the solution up effectively comes in from all angles.

That everybody involved knows what the market wants, could articulate it and then could make it happen actually owes less to the serendipity of the site itself and more to the people Wyoming Hyperscale has been able to draw on. Partnerships define this project’s success.

Just as he cherry-picked technologies, Thornock did the same with people.

“If I were to build this from scratch and hire all of these people,” explains Thornock, “first of all, it probably wouldn't be possible. And even if I had all the money in the world and it was possible to get all of these people to leave their current organisations and join me at a startup, it would take years to put together this team.

Sustainable goals all meet in one at Wyoming Hyperscale

Wyoming Hyperscale is special in that, in a region experiencing a megadrought, it uses no water and while it uses far less energy than other data centres, what it does use is renewable.

“There are two reasons we selected this location for the data centre,” says Thornock. “On the power side, we are surrounded by more than 400MW of existing wind power and our procurement agreement with Rocky Mountain Power has a 138KV power line coming out of the switch where this wind power converges on the grid. As a former commodities firm CFO… We see a lot of our competitors going out and buying swaps or entering into power purchase agreements, but the electrons that they're consuming are not actually green. They're probably coming from a gas fired or coal-fired plant somewhere.”

This would have been the case for Wyoming Hyperscale, until it wasn’t.

“In November 2021, when Bill Gates and TerraPower announced they're building an advanced nuclear reactor in Kemmerer, Wyoming, which happens to be where the base load power on our local grid comes from… By 2028, we'll be still plugged into the same wind switch, but the baseload power on that grid is going to be nuclear. We'll be on one of the first completely decarbonised, non-hydro grids in North America. So now you've got a situation where the entire power generation is decarbonised. You've got a data centre that's 50% more efficient from a power consumption standpoint than air-cooled data centres. And it consumes no water.”

Thornock has also made sure the project is linked into key data centre clusters and is using fibre in the area that is lying unused.

“I think that it's important to note for people who want to understand the project that even though we're still in the construction phase, through our partnership with Lumen, we've activated a lot of the dark fibre that was already terminated near the site,” says Thornock.

Aspen Mountain itself has a history that made this possible. It is one of the highest points on the Union Pacific railway line. Fibre cannot be laid inside active rail tunnels, so telecoms companies instead had to run them over the mountain to rejoin the tracks right-of-way below. This meant all the work for splicing out from the fibre line and regenerating the signals was done - making it a far simpler proposition for network providers to get on board with.

Wyoming Hyperscale is also fully plugged into strategic fibre exchanges. Thornock: “so the main Equinix exchange in Ashburn, we have private wavelength connection already, either ordered or being provisioned there. Same thing for downtown Manhattan and Wall Street, 32 Avenue of the Americas, a CoreSite LA 1, where we have the Asian cables landing and all the media connections, the Westin Exchange up in Seattle, the main exchange in Chicago, the main exchange in Atlanta, we're connected to all those already, or those are currently being [set up].

“So that means that the Cisco switches that will connect the wavelengths are either in those facilities or being provisioned right now.”

Sustainability in the 2020s is becoming defined by the embrace and collaborative approach of agendas by major firms across sectors. The importance of data centres as an underpinning to a hyperconnected world and supply chain has come hand-in-hand with the desire to build the future out with sustainability, emissions, water conservation, social value and business sense in mind.

Wyoming Hyperscale is a case study for all of them. 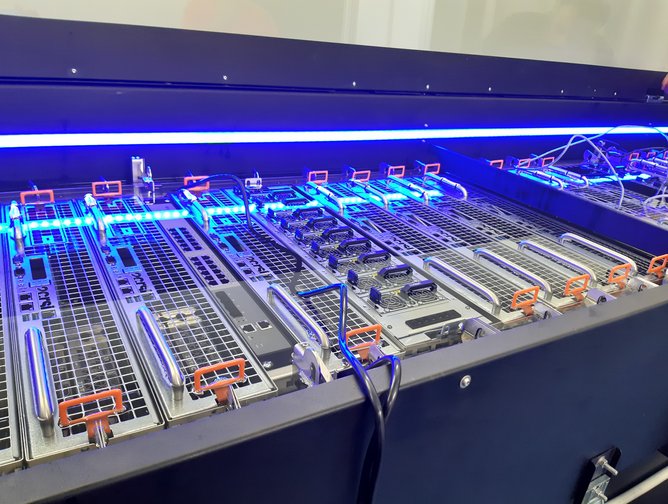 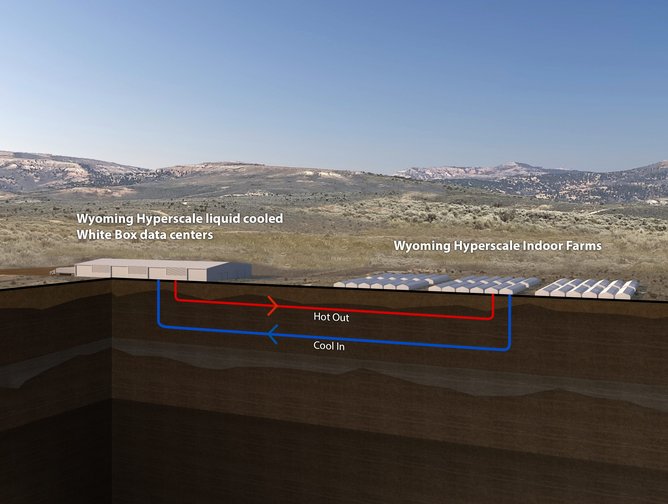 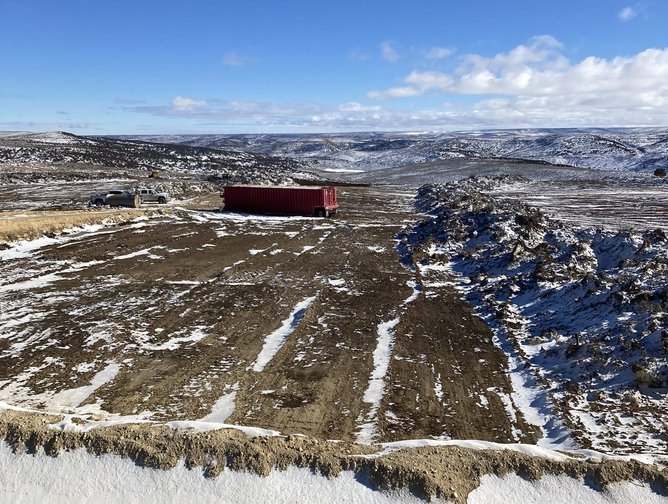 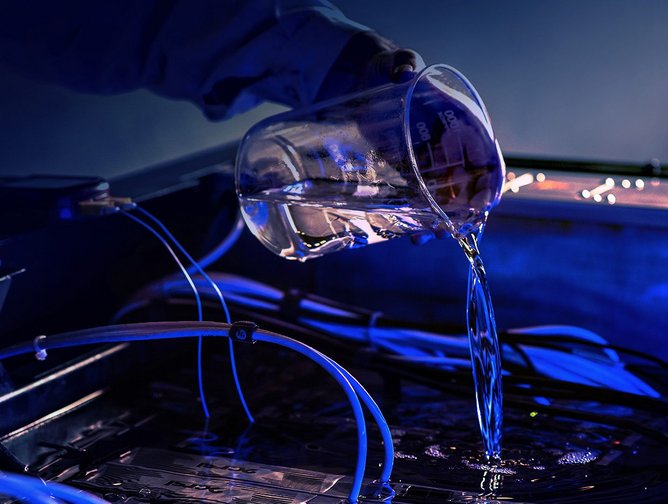