View Full Report
IXAfrica co-founders Guy Willner and Clement Martineau talk site selection, sustainability, and how to Keep it Africa as they bring hyperscale to Nairobi

The data centre industry - prompted by soaring demand from throughout an increasingly digitalised global economy - is growing everywhere. It’s in emerging markets, however, where that growth takes on a true sense of urgency.

“People talk a lot about the edge, and the idea I'm pushing a lot is what I call The Big Edge,” says Guy Willner, a 20 year veteran of data centre build outs throughout Europe, Russia, and Africa. Willner is the co-founder and Chairman of both iXcellerate - which operates seven data centres across its two Moscow campuses - and IXAfrica, a Kenyan-focused project in the process of building out the first hyperscale campus in the nation’s capital of Nairobi. He elaborates: “The edge is a train station in Northampton - a drop off place for Netflix or whomever; the Big Edge is Lagos, the capital of Nigeria with a population of 210mn people. It's all the cities around the world with more than a million people but without the digital infrastructure to match.”

Nairobi, which has a thriving startup community, a rapidly digitalising economy, and - along with the rest of Kenya and its neighbours - lies at the heart of a latency zone that is home to approximately 300mn people, undeniably fits the bill. And IXAfrica isn’t the only data centre operator looking to captialise on what Willner calls a “tsunami of demand sweeping across emerging markets right now for hyperscale infrastructure.” He adds: “Whereas a lot of the hyperscalers and internet companies have cloud regions, even in smaller European countries, and across Southeast Asia in particular, they're only just beginning to build in South America and Sub-Saharan Africa.” IXAfrica, it would appear, is ahead of the curve.

“The campus is tailor-made for hyperscale clients,” says Clement Martineau, the other co-founder of IXAfrica, who is currently working as its Director of Operations, overseeing the ongoing construction of the site and building up a local team. Compared to IXAfrica’s domestic competition, which Martineau explains “is typically very traditional colocation services offered through low density, small capacity data centres”, IXAfrica’s campus has the potential to be “able to deliver close to 40 MW of IT capacity” that - thanks to the favourable local climate and infrastructure, as well as some intelligent design, will “deliver a level of power usage efficiency (PUE) that is competitive with other data centres all over the world, not only with other data centres in Africa.”

The location of NRB01 is ideal. The campus, Willner explains, is situated “on one of the major routes from downtown Nairobi to the city's airport, along the Nairobi-Mombasa Road,” adding that “It's about 2km from the main telecoms hub in Kenya, so we can tap into all of the connectivity that it offers, which is really important.”

The project, Martineau explains, is nearing the completion of its first phase, a 4.5 MW data centre that will begin operating either at the end of this year or very early in 2022. “We are almost done with the shell construction and are entering the fit-out phase, bringing in all the equipment, from chillers, servers, and switch gears, to power and backup generators,” he says. “We will most-likely be one of the biggest data centres in Africa - the biggest in East Africa by far - when the project is completed.”

Once completed, WIllner explains, NRB01 is expected to be a key driver of growth for Kenya’s digital economy, as well as the surrounding region. “Building a big data centre is like building an airport. A city without an airport isn't really on the map, internationally. Once you have an international airport, then you get all sorts of people coming in and out, doing business, doing all sorts of things that stimulate the local economy,” he explains. “If you look at the data centre as the airport of the internet, what you're doing is putting the city on the map. Suddenly, all this international content, and all this international trade, starts passing through this hub.” As a result, he continues, the campus will develop into a thriving ecosystem that blends together Kenyan and East African cloud specialists, integration specialists, IT specialists, networking companies, local startups, and incubators, as well as international entities like internet giants and hyperscale cloud providers. “You end up with this big ecosystem which means that, in the medium term, someone who has a really cool idea for a tech startup in Nairobi does not have to get on a plane to San Jose anymore and set up their business there; they can set up that business in Nairobi and have direct access to the world's internet on their doorstep,” Willner adds. “It's a major step forward for tech employment, intelligence retention within the country, and the creation of new communications economies within Kenya itself. Nairobi itself has direct access to a lot of undersea cables which land in Mombasa. It looks East to India and North towards the Gulf. There are all sorts of different aspects of geography, geopolitics, and business that are conspiring to put this region on the map.”

There are a number of factors, Martineau explains, that make Kenya a highly competitive location for hyperscale infrastructure from a sustainability perspective. “Nairobi is an ideal location for a data centre due to the cool climate - at least during the nights,” he explains. The city is located almost 1,800 metres above sea level, with just a few days of rainfall per month outside of its two rainy seasons, and average temperature lows of around 13°C.

These favourable conditions, Martineau continues, are part of the reason why IXAfrica’s Nairobi campus is setting the standard for sustainable design and operating practice in the region. “Kenya is blessed with some amazing weather, which means that we, as data centre operators, can reduce our environmental impact significantly,” he says. “At night, especially during the Winter months, it can get down to around 12°C at night and be between 14°C and 16°C degrees in the daytime. As soon as the external temperature gets down below 16°C, we switch off the condensers and do free cooling, which helps us save even more energy.”

The other key to NRB01’s impressive sustainability credentials is Kenya’s national grid. “The country is very advanced in terms of green power,” Martineau explains, adding that Nairobi itself already gets about 85-90% of its energy from renewables. “There's some hydro, as well as a lot of geothermal plants serving the region. There's a lot of volcanic activity in Kenya, so there's a lot of superheated water under the ground, which is used to power heat pumps,” he continues. “There's also a lot of wind power.” To the north of Nairobi - near the Ethiopian border - Kenya is home to the biggest wind farm in Africa, which generates 350 MW of power used extensively to meet the city’s energy needs.

In addition to making use of the region’s favourable climate and green energy reserves, NRB01 is built to a high, international sustainability standard that echoes the green construction techniques used throughout other markets where green design is a high priority, like the US and Europe. “We've chosen to use adiabatic chilled water cooling for our campus, which allows us to achieve a very good PUE of 1.25. The adiabatic cooling systems also have the option of functioning even if there's a shortage of water - in which case they can switch over to working as DX cooling units that chill the servers with air instead,” Martineau explains.

From construction to team building, IXAfrica’s strategy is to leverage local talent and expertise rather than rely on importing staff and equipment from overseas. “A big pillar of this project is to Keep it Africa. Instead of importing, we look at what we can do in Kenya, and then - if not in Kenya - we look at East Africa and then to Africa as a whole. We're trying to import as little as possible from outside the continent,” says Martineau. In addition to the obvious sustainability benefits of cutting down on foreign imports, IXAfrica is also using its emphasis on local resources to reduce costs across the business at this critical phase. “The level of construction expertise and skill in Kenya itself is very good. There are infrastructure companies here that have been building towers for the telecom industry for decades, so a lot of our building and technology needs are being met with local talent,” he adds.

In addition to the construction of the campus itself, Martineau is working with the company’s startup-scale local team to build a culture that sets an example, not only to the African data centre industry, but the wider world as well. “We're trying to empower African women with this project. Today, we have a team of six in Kenya, and we have a 50/50 balance between men and women. We want to keep on pushing for that kind of equality as much as possible as we grow and expand,” he says. “We know that this industry is governed and directed mostly by men, and IXAfrica is going to keep trying to reduce this imbalance as much as possible.”

IXAfrica is also directing time and resources towards CSR goals throughout the local community, investing in sports and culture in Nairobi, as well as hiring local artists to paint the outside of the campus’ buildings - something Martineau hopes “will bring a bit of colour to the place in a city that is largely dominated by a lot of grey concrete.”

Willner adds: “There aren't many data centres that have won any architectural or design awards, and I think there's a lot we could be doing in the industry as a whole to make them look a bit more friendly to the eye.”

Investment in local communities and diverse workforce aren’t IXAfrica’s only goals for helping Kenya grow its digital economy in a sustainable fashion. As Willner explained before, by bringing the internet direct to Nairobi’s doorstep, NRB01 could have potentially impactful long-term benefits for things like talent retention and the city’s own startup ecosystem. “The level of education in Kenya is so good that a lot of the talent here is actually poached away to the UK or the US,” says Martineau. “Hopefully, instead of those people with a level of education that makes them desirable overseas having to leave Kenya, we'll contribute to creating some more high-skill jobs here.”

Growing with the Region

With the first phase of NRB01 slated to be up and running early next year, and further expansion phases planned beyond that, Willner and Martineau are already casting their eyes around Kenya and the regions beyond for further opportunities. With opportunity, however, comes competition. “There's a bit of a gold rush going on right now in the African data centre industry, so in five years time, I don't know what the market will look like,” Martineau admits. “Both Guy and I are French-speaking, so we're also looking at expanding into some francophone countries. There are places like Algeria, the Democratic Republic of the Congo and Sudan, which have huge populations and huge potential for digital infrastructure growth.”

Willner, whether in Russia, Kenya, or any other emerging data centre markets where he senses the opportunities of the Big Edge, is on a mission. “IXAfrica is the leading hyperscale data centre operator in East Africa. One would hope that, in emerging markets, we'll be seeing a significant jump in the number of data centres over the next 10 years,” he reflects. “We're on a crusade to make that happen.” 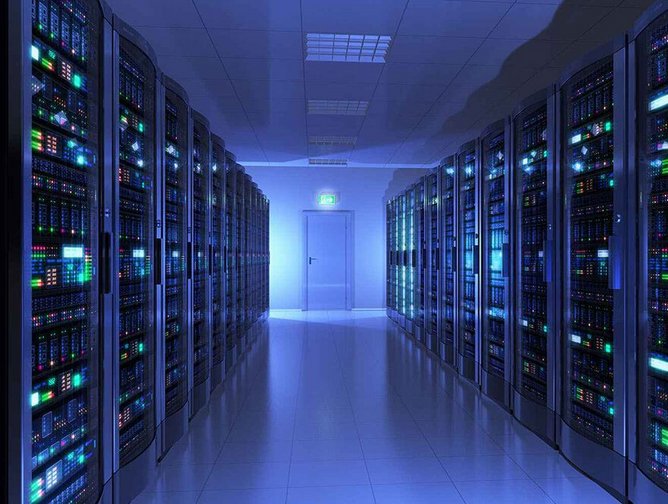 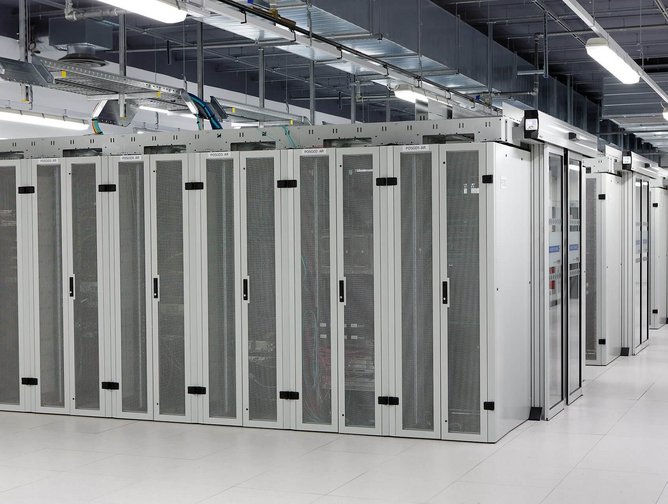 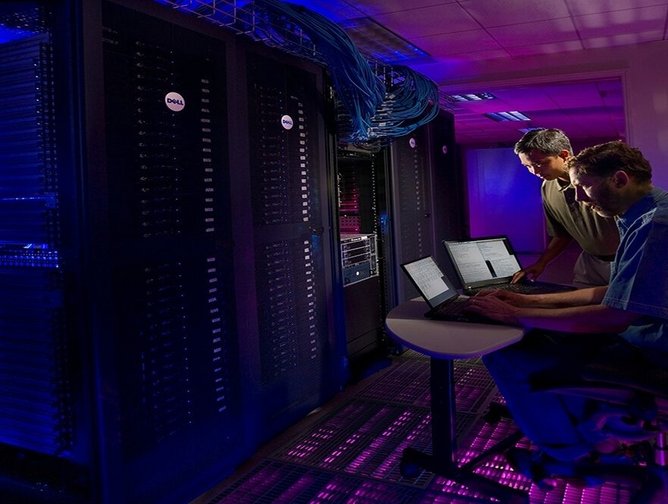