Speaking to the President and CEO of a large organization usually follows the same routine – how they were appointed, what changes have they implemented and what their vision for the organization is. However, Ben Wulf has a slightly different approach. Having served Portacool for over 20 years, Wulf’s rise to the top wasn’t random at all. Ben started out packing boxes for Portacool at its fulfillment facility well before he entered the office of the organization’s executive management.

Portacool is based out of Center, a facility nestled among pine trees just 17 miles from Louisiana, on the eastern border of Texas. Portacool was founded 30 years ago, and to this day, remains at the very same location in the same town, with no plans of moving anytime soon. Much like its location, Portacool is, at its very core, intrinsically Texan. The same can be said about Wulf, who is as proudly Texan as they come. Speaking about his leadership style, he stresses that he sees himself as an executive less and as a leader more. “I like to consider myself less the president, more a leader. A servant leader at that, and one that really looks to empower his team so that they can do more with the tools and resources that we provide them in order to do their job successfully,” he adds. A lesson he learned very early in his management days was to listen carefully to his team and approach every task with an open mind. And this spirit of learning has seeped through every department under Wulf, who now heads a workforce in excess of 400 team members.

Wulf holds on to Portacool’s culture firmly as he explains the values upon which the organization thrives. Right at the top is taking care of the team, their safety and their wellbeing. This goes beyond just physical support, providing a holistic environment of care for the staff and their families. Portacool is big on giving back to the community, the town of Center, and has made great strides across various CSR opportunities in the town and state. Portacool looks after the first responders of the state, from the police to the fire department and has even built the Portacool park as a way of paying it forward to their home ground. Wulf adds, “This was a major contribution that we made to the city and it’s just been a great resource for the community to use. We use it on a regular basis, but really, really proud to be able to call it Portacool Park and see how much it's getting utilized on a daily basis.”

Company culture aside, Portacool’s business strategy is also one of giving. For instance, their Kuul evaporative media was a technology that was built from need, and not the other way around. Historically, manufacturers had to make do with existing technology, in this case, media to use in their cooling machines, and this led to countless hurdles like shortage of supply and a lag in innovation, to name a few. With Kuul, Portacool was able to create technology that worked for their systems and adapt based on the need. “When we think of strategy, we think of it through the lens of our customers; their strategy has to be married to our strategy and vice versa. So when we look at Kuul as the technology behind the data centres and markets that are looking for more energy-efficient and sustainable cooling solutions, that is really what drives our progress and innovative spirit at Portacool.” So what is it? Kuul evaporative cooling media is a type of rigid evaporative media designed to produce significant temperature drops that are efficient and sustainable. When speaking of data centres, Kuul FirePro™ is produced with the highest quality virgin materials according to a unique design and production technique, making it the strongest and toughest media designed for the arduous conditions of the data centre environment. This ensures the media lasts much longer than the competitors’, equating positive ROI. John Andersen, Director of Business Development for Kuul Media, explains further what the Kuul Effect entails. He says, “Kuul is evaporative media technology, where a structured media evaporates water molecules into the air stream. In order to evaporate water, energy is required, and because energy can neither be created nor destroyed, the air eliminates that energy and replaces it with water molecules. So what we really have is a clean solution in our hands, and we call that the Kuul Effect.”

For data centres especially, Kuul’s technology can be measured by its Power Usage Efficiency, or PUE.  As Kuul’s evaporative media technology is made from flame retardant, inorganic materials, it possesses superior water absorption properties and saturation efficiency, making it ideally suited to provide the enhanced cooling performance required in a data centre environment. Other factors like low pressure drop, strong chemical resistance, longevity and mechanical strength of the media make it an ideal choice for data centre environments.

Speaking about Kuul’s value proposition beyond its use in data centres, Andersen believes that as innovators, they are tasked with guiding, mentoring and educating clients and partners as an extension of Kuul’s technical support offering. He adds “One of Kuul’s greatest advantages is the design tools that we’ve engineered. We have simulation software on the cooling capacity as well as the application, the water quality with regards to what is acceptable and so forth and that guides our end users in understanding the overall efficiency of their application.”

Kuul is just one of many examples of Portacool’s service strategy, and as thought leaders they’ve gone beyond their own systems to provide the necessary innovation and tools for other organizations to benefit from this technology. When asked about Kuul’s competitive advantage, Andersen says “Kuul’s competitive advantage is definitely not just the product but the fact that we’re able to customize products for our customers' needs, which are unique. The Kuul Effect is first-class customer service that includes backup service support, engineering time with clients on site or in their facilities, and time with the end user to help them understand the technology.” Kuul is now the cooling method of choice for a number of manufacturers, making Portacool the trusted leader in cooling technology for years to come. As part of Kuul’s long-term vision, Andersen stresses that one of the top priorities is sustainability, as energy supply is depleting and it is no longer wise to depend on fossil fuel or non-renewable sources. This has led to Kuul continually innovating to build technology that is energy efficient, consumes less water and provides the most cooling possible for the longest period of time.

COVID-19 had a severe impact on Portacool, which like every other organization, was not insulated from the effects of the pandemic. However, Wulf continued to lead his team with a tremendous amount of calm, courage and empathy. He says that these steps really helped Portacool see itself through some very dark days, even as a community. As the old adage goes, adversity leads to opportunity, and Wulf saw this as the perfect time to really amp up customer service. “We understand the needs of our customers and our community and that's why we really emphasize empathy and how we took that just beyond our four walls and conveyed it to our customers. And I think it's through that that we've been able to really navigate through a treacherous time.” 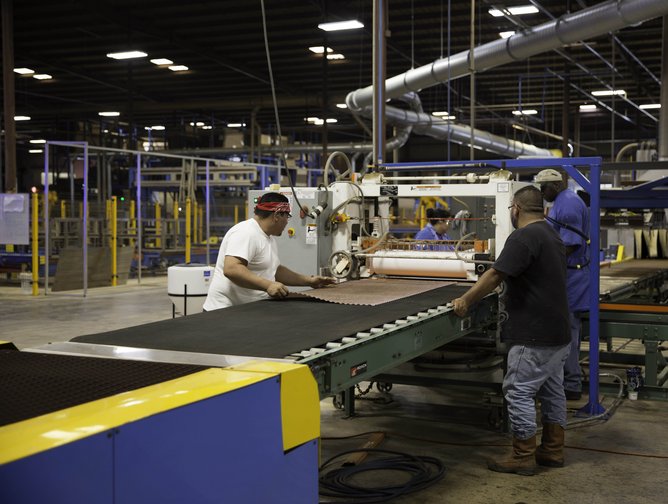 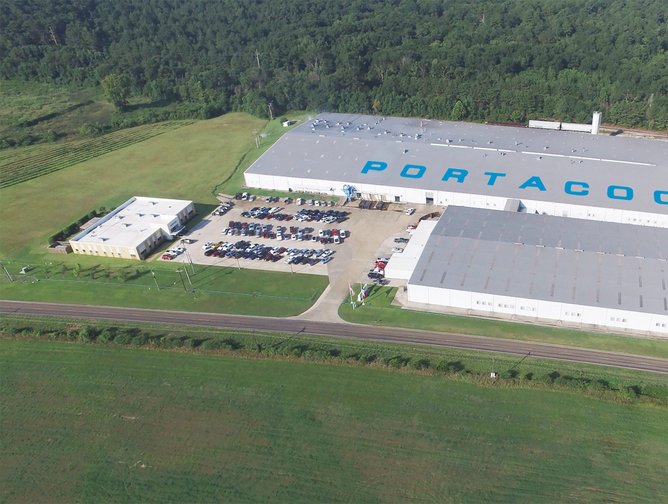