Founded in 1988, the Higher Colleges of Technology (HCT) is the UAE’s largest applied higher educational institution, and the nation’s first approved university economic free zone, empowering it to graduate companies in alignment with the directives of the UAE’s wise leadership. Approximately 23,000 students attend 16 men’s and women’s campuses in Abu Dhabi, Al Ain, Al Dhafra region, Dubai, Sharjah, Ras Al Khaimah and Fujairah. Female students constitute 63% of the student body, which reflects the HCT’s key role in preparing Emirati females to contribute effectively to national development in the service of their country. Since 1991, the HCT has proudly awarded over 85,000 academic degrees to male and female graduates who have succeeded in applying the quality education gained during their study in HCT. In 2019, the UAE’s 50-year advancement towards an exciting future came to fruition in the guise of the 50 Year Charter; which coincided with the Higher Colleges of Technology progressing in a new direction, with the launching of the HCT 4.0 – Employability & Beyond strategic plan, based on the directives of HH Sheikh Mohammed Bin Rashid Al Maktoum, UAE Vice President, Prime Minister and Ruler of Dubai.
Follow on LinkedIn
Visit Partner Website 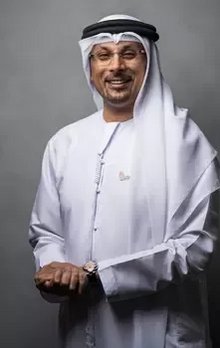