DCs must prepare for humidity as temperatures fluctuate 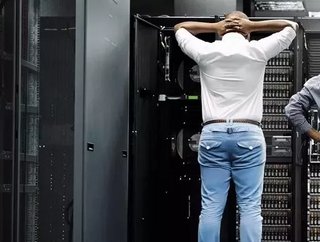 As the summer comes to a close, Aggreko has issued a warning to all data centre operators in Europe. The last few months have seen the region hit by extreme temperature changes, heatwaves and storms.

According to Aggreko, these rapid fluctuations in environmental conditions can be a nightmare for data centre operators, as spikes in humidity can cause inefficiencies in cooling, and even equipment failure. In its new report, the company found that 40% data centre operators across Europe don’t believe existing infrastructure is able to cope with temperature demands.

“You don’t have to look for long until you find a news story about another data centre being built. However, it is important to note that any damage caused by substandard temperature and moisture control are managed with a matter of urgency, especially after seeing such extreme weather patterns across the continent,” commented Ryan Stanley, Aggreko’s Moisture Control Sales and Product Manager Northern Europe.

Aggreko’s research also uncovered the fact that humidity spikes in data centres are typically being solved with heaters, which are an efficient solution. “While heaters may appear to work, they simply move the moisture around the room, rather than removing it from the atmosphere,” notes an Aggreko press release.

In response to this trend, Aggreko is reportedly expanding its range of dehumidification solutions and specialist industry services, with its team providing humidity management as a service to data centre operators in the European market. Aggreko has also expanded its Moisture Control team with the new appointment of experienced moisture control specialist Mark Sketheway.