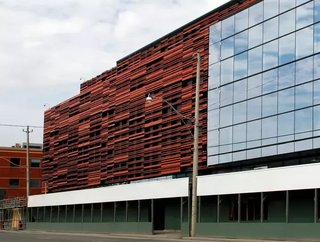 By the end of the decade, Equinix has pledged to reach climate neutrality across its global operations and supply chain.

Global data centre operator Equinix has expanded dramatically on the climate neutrality pledge it made earlier this year as a founding member of the European Climate Neutral Data Centre Operator Pact. This week, the company announced that it has set a target of reaching climate neutrality across both its global operations and supply chain by the end of the decade.

“Digital infrastructure is the backbone of today's economy and allows people to work and connect from anywhere and everywhere,” commented Raouf Abdel, EVP Global Operations at Equinix. “We share the urgency of governments, the industry, and our customers that innovation and action are essential to ensure data centres are more sustainable and reduce carbon emissions quickly to address the impacts of global climate change.”

The science-based targets that Equinix has set for its operations (and, by extension, its network of suppliers and partners around the world) will see the company target its Scope 1 and 2 emissions (direct and indirect from electricity) by 50% by 2030 against a 2019 baseline. The company also aims to hit a 100% renewable energy mix across its operations by 2030. The company has already been operating at a 90% renewables mix since 2018.

Equinix is also planning on partnering with more environmentally friendly suppliers going forward, engaging with those responsible for 66% of its purchased goods and services, and capital goods-related emissions, to set their own science-based targets by 2025.

Of course, there are also the obligatory carbon offsets that Equinix will use to convert cash earned by operating unsustainably into credits that allow it to scrub the dirt off its balance sheet. The company also plans to “investigate new innovations, such as biodiesel, green hydrogen and other lower carbon on-site generation technologies.”

Various industry partners have praised the announcement to push its global emissions activities into line with those it is targeting in Europe. “"It takes collective action to make a global impact on climate change,” said Page Motes, Head of Global Sustainability at Dell Technologies, who called Equinix’s next step an important one. “Setting science-based targets and reducing emissions across an organisation's entire footprint are critical to measurable progress and align with our own climate strategy."