Sail of the century for CDPLC 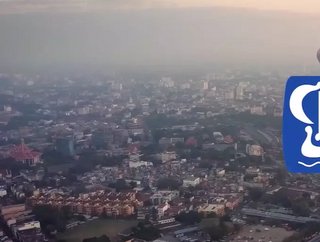 Since 1974 – when it began as a government entity – CDPLC has been setting the standard in modern shipbuilding.

Its formative years were spent, quite literally, building the company’s brand by serving the national requirements and the needs of neighbouring countries such as  Maldives and Burma (now Myanmar). These early projects involved constructing harbour tugs, barges and pilot boats to the Sri Lanka Ports Authority as well as fast patrol boats, OPVs and landing craft to the Sri Lanka Navy. Meanwhile, passenger boats and ferries were built for Sri Lanka’s Road Development Authority.

These significant projects ensured that CDPLC developed its portfolio and became a formidable force in the country’s shipbuilding industry. In 1993, the company reached a major milestone by forming a collaboration with the Onomichi Dockyard Company of Japan. It made CDPLC a much more versatile shipbuilder with a greater focus on technology, management philosophies, best practices and human resource development.

CDPLC Chairman, Hideaki Tanaka, explains how this chapter helped the company to flourish: “The partnership enabled us to emerge as the most reliable, flexible, truly world-class shipbuilder in South Asia, capable of offering Japanese quality at a competitive South Asian price.”

The company moved into its fourth decade by entering the international market by delivering 24 sophisticated supply vessels to the offshore industry and four high-end passenger vessels to the government of India. It’s fair to say, the tide had turned for CDPLC.

CDPLC has the flexibility to work with European designers complemented by its own inhouse detail design facilities, which have full control over the production processes. CDPLC also have the advantage of being closer to European market than other Asian Yards.

As the era of climate change emerged the company formed a strategy to build more complex vessels such as cable layers, ships with a low environmental impact and eco-friendly vessels using hybrid technology (which can be classified as ‘green ships’), especially targeting the European market.

D. V. Abeysinghe, the company’s Managing Director/ CEO, reflects: “The challenges of the last decade have resulted in a much greater emphasis on employee skills, engineering knowledge, design management capabilities and internal quality management systems, together with safety and environment compliance. All of these factors have combined to achieve sustained success in a competitive industry.”

Recent shipbuilding projects have been increasingly sophisticated with ‘KDDI Cable Infinity’, one of the most technologically advanced vessels that the company has constructed. The ship was purpose-designed for the task of undersea cable-laying and maintenance.

It’s been a proud build for CDPLC, notes Mr Tanaka: “When we delivered this ship in 2019 it became the first ‘super vessel’ of its kind to be delivered by a Sri Lankan shipbuilder for Japan and the largest vessel built by the Colombo Dockyard in its illustrious history.”

Meanwhile, the current landmark project with Orange Marine has witnessed the company venture once again into the cable-laying market and will see it produce this modern cable ship specially designed for the maintenance of both fiber optic telecommunication cables and inter-array power cables used in offshore wind farms.

Over the last few decades the company has also been dynamically future-proofing by continuously transferring technical and practical knowledge to the younger generation. Mr Tanaka says: “We are very optimistic and ambitious about the years ahead as we develop our reputation and target the European market.”

By 2023 CDPLC will be a leading yard in the world having delivered two sophisticated cable laying/ repair vessels within a short span of 5 years.

It certainly is a great time for CDPLC as it ambitiously navigates the high seas into a positive, sustainable future. As Mr Abeysinghe says: “It’s a pleasure to see the brand name ‘built by Colombo Dockyard, Sri Lanka’ sailing off to traverse the world seas.”