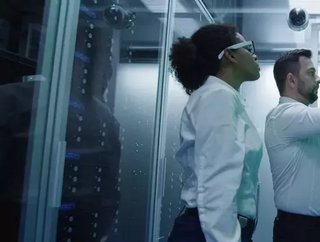 Andy Walls, CTO of IBM’s Flash Systems division, discusses the role of tape in the data centre, and the factors that led to this unlikely success stor...

“It was 1990, I think. I was in the cafeteria here at IBM in San Jose the first time I heard a VP get up in front of an audience to declare that 'tape is dead'. Well, just look how that turned out,” laughs Andy Walls, the chief technology officer of IBM’s Flash Systems division.

If you asked most people what kind of role they thought reels of tape play in the modern world of public cloud storage and all flash arrays, they probably couldn’t be blamed for guessing that the technology long ago went the same way as the rotary phone or the steam engine; replaced by newer, faster, more efficient ways of doing things. On the face of it, finding a tape cartridge in a modern data centre seems like going round to your friend’s house to find a LaserDisc drive plugged into their smart TV. “The very nature of tape - being long and stringy, and therefore having read times that are measured in seconds to minutes has, I think, led people to ask things like 'how can that still be relevant in the digital age? How in the world can that be relevant?” Walls asks.

In spite of everything, however, tape not only survived decades of enthusiastic keynotes by the “tape is dead” brigade, continuing to find a place in data centres today, but the radically shifting digital world is actually driving more demand for tape storage than ever before.

Stopping “Datageddon” in the Zettabyte Age

Ok, datageddon is a joke from the HBO show Silicon Valley - the ravings of an unhinged Jeff Bezos analogue - but for a joke made back in 2018, it was surprisingly prescient. Go back in time by about 40,000 years and the aggregate data produced by all of humanity in a given week might have amounted to between four and six cave paintings of buffalo.

Today, the world generates 2.5 quintillion bytes of data every single day and, by 2025, we’ll be generating around 175 zettabytes (about 7trn Blu Ray copies of Blade Runner: The Final Cut) per year.

“The thing that people miss, or perhaps don't quite understand, is the sheer rate of creation of data in the world today,” says Walls, adding that, with 5G adoption, the growth of social media, and the dramatic expansion of the internet of things (IoT), “there is literally more data being created than can be stored.If you think it's hard to manage, store and analyse all the data created by seven billion people, just imagine what it's going to be like with 30 billion objects creating data.”

The Pull of Data Gravity

The ways in which data is being created are changing. “Data is now being created everywhere,” explains Jeff Tapley, group managing director for EMEA at Interxion: A Digital Realty Company. “What used to be created, stored and processed in very centralised areas is now being created all over the place: in our offices, our smartphones, even in our homes.” All this disparate data needs to be collected and aggregated if its value is to be extracted into the usable insights that make it valuable. This leads to a problem, however. Tapley warns that, “as this data gets collected and stored, more applications and services start to use it, creating a compounding effect. Over time, so much data is accumulated that it becomes near impossible to move, use, or draw insights from, creating a Data Gravity effect.”

Data Gravity - a term coined back in 2010 by Dave McCrory, who now works as Digital Realty’s VP of growth and global head of insights and analytics - compares large amounts of data to objects with physical mass. Like mass the more data you have, the heavier it gets, becoming harder to move around and attracting other matter (or, in the case of data, applications and services) towards it. If handled incorrectly, cautions Tapley, Data Gravity can have profoundly adverse effects on a business, “from creating numerous issues with data compliance, privacy and security to limiting innovation as businesses become overwhelmed with data they can’t turn into insight or actionable value.” 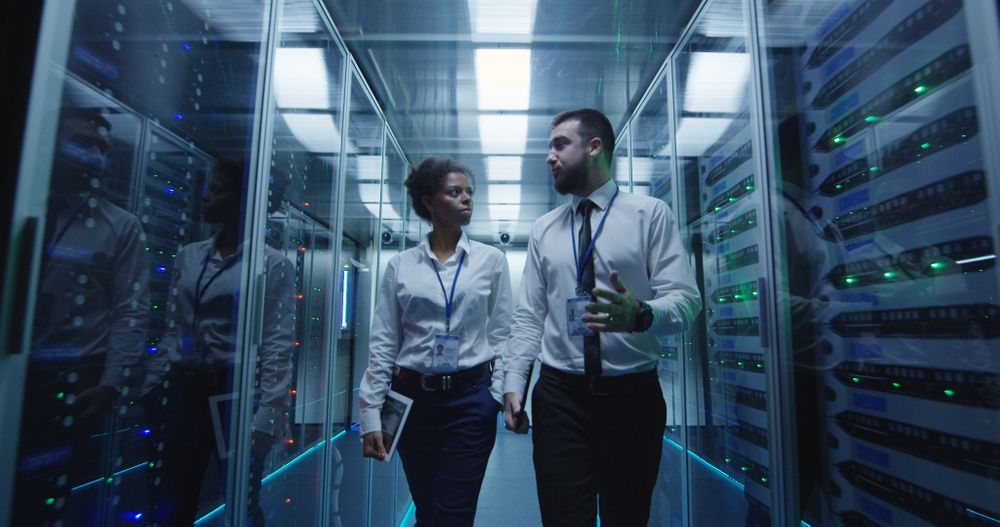 At the same time, our collective attitude towards data has changed. Walls explains that, back in the 1990’s, at the birth of the internet, the true importance of data wasn’t fully understood yet. Huge amounts of data generated back then was discarded because people didn’t see the value in it. It’s a point of view that feels very alien in 2021, when data has already spent more than two years as the most valuable commodity on the planet. Even with COVID-19’s dubious gift of a year free from in-person conferences, it’s hard to go longer than a week without being told that “data is the new oil.” Like oil, data in its raw state is only as valuable as the finished, post-refinement product. In order to create value from data, it needs to be correctly aggregated and stored in a way that not only doesn’t cost more than the information is worth, but also ensures that the data is available for as long as possible.

“Today, the challenge isn’t just the creation of all this data, but the increased need to find somewhere to keep it as long as possible,” says Walls. “With this ever-increasing amount of data that is being created, and an increasing need and desire to store it, there really is just one medium that can do it on terms that make any kind of economical sense. That's tape.”

Storing huge amounts of information in the public cloud can be expensive and, depending on what you’re doing with that data, more modern storage mediums may not make the most economical sense. “If you need to access your data quickly for queries, for transactions, for any task where you need your information quickly and often, obviously tape's not your medium.That's where solid state drives and even disks have their role to play,” Walls explains. “But nothing comes close to storing the amount of data you can store on tape. We're talking pennies per gigabyte.”

While tape technology from earlier decades certainly couldn’t stand up to modern storage drives in terms of capacity, modern tape reels are the products of decades of intensive research and development. “What I love about good engineers is that they're like the divers in the Olympics. You watch diving and you think 'well gosh, that looks pretty simple - I bet anyone could do that', and then you try to do three and a half somersaults and it turns into the world's worst belly flop,” laughs Walls. Aside from avoiding an embarrassing case of metaphorical pinkbelly, IBM’s engineers have spent the last three decades turning the modern tape cartridge into a modern engineering marvel.

The latest generation, powered by IBM’s LTO Ultrium 9 technology will hit the market in H1 of this year, and be capable of holding 45 terabytes of compressed data in a block of plastic about the size of a CD case. “If you looked at one of our tape reels with your naked eye, it would look a lot like the cassette tape reels of yesteryear. But if you look closer, probably under a microscope, the medium has changed radically, in terms of thickness and the number of magnetic bits that can be stored and retrieved, it's far, far greater than you would see on a classic cassette,” Walls explains. In December, IBM broke the world record for tape density, cramming 317 gigabits into every square inch of a new prototype strontium ferrite particulate magnetic tape.

The average hard drive lasts somewhere between three and five years. Flash drives usually last about 10. “Tape has better longevity than almost any other medium. A flash drive won't last for 30 years, but a tape reel can,” Walls enthuses.

Tape storage also doesn’t draw power. A disk drive spins constantly, even when not in use. “Tape doesn't need energy when you’re not using it,” says Walls. “That’s one of the most beautiful things about it, and why the hyperscalers love it.” Of course, building a storage device that you can fill with data, leave on a shelf for 30 years, retrieve, and extract all that data in readable condition, is no mean feat. “It is amazing the types of obstacles you have to overcome when you're designing a new generation of tape,” remarks Walls. “That tape is going to need to be stored for 30 years under pressure all the time, at different temperatures - hyperscalers these days like to run their data centres much hotter than in the past - and different humidities. Designing a tape that can last for all that time in all sorts of different environmental conditions, and be read by a different generation of tape drive than the one it was written on, is an extremely difficult task.” 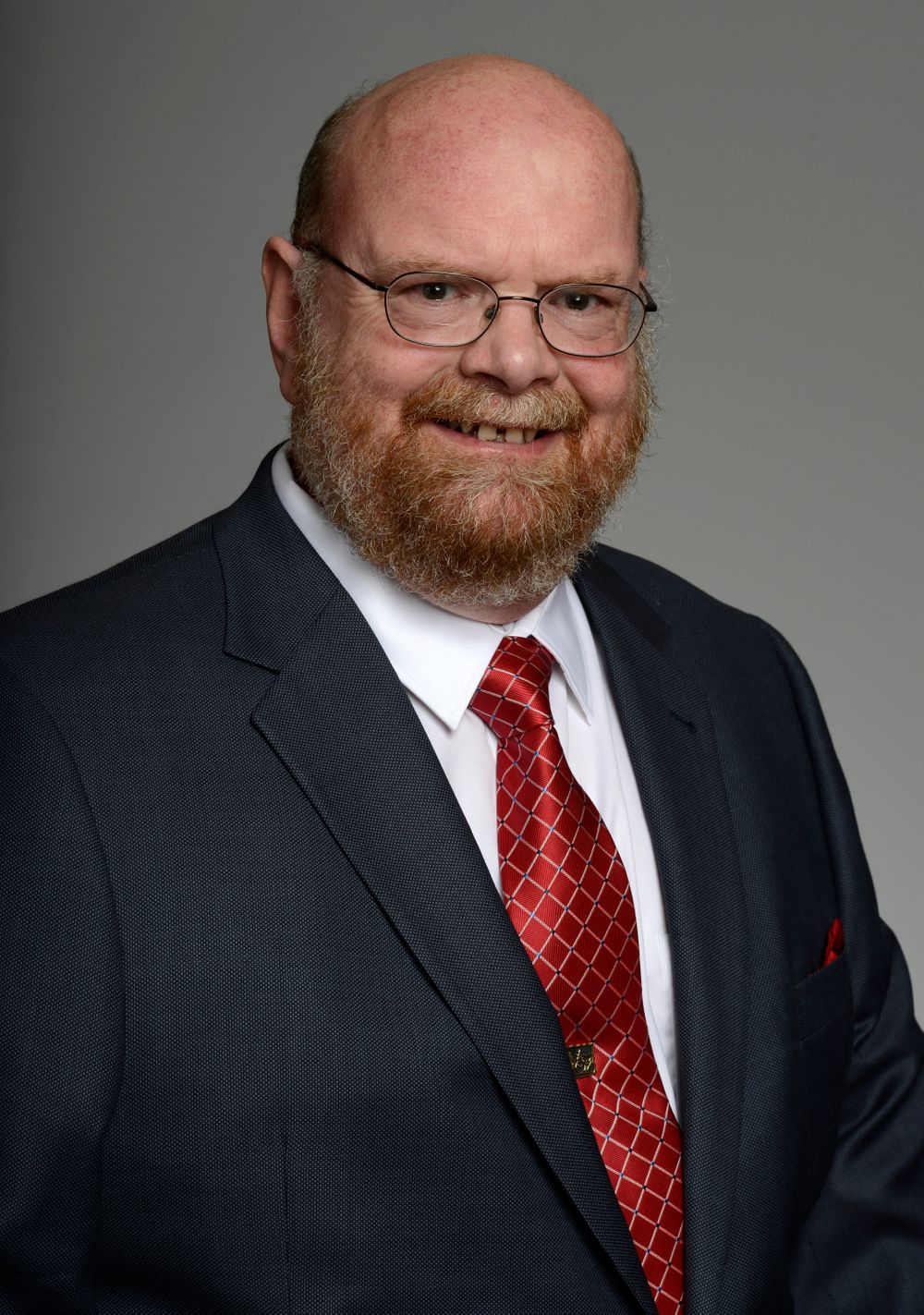 Security is a greater concern to data centre operators and the companies they serve than ever before. In the wake of a year in which the global shift to remote work has left companies more exposed than ever to a rising tide of cyber attacks, being able to ensure that sensitive information is kept safe and secure is paramount.

Because information stored on tape is transferred to an analog format, which is then physically placed in a vault or storage room, the air gap it creates makes for an attractive level of security in an age when an attack on a third party partner can lay millions of sensitive records bare - just look at the ongoing fallout from the Solar Winds breach.

The physical tapes themselves are thoroughly encrypted. “You can imagine how critical it is to have really strong security and encryption technology on something that someone can pick up and walk away with,” says Walls. “IBM - more than 20 years ago now - was the first company to create and market encryption and compression for tape. We've really led the way in terms of standards and security practices for the medium.”