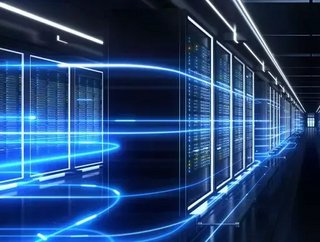 maincubes’ AMS01 data centre has been recognised by the Open Compute Project Foundation as being OCP Ready...

AMS01, a 4,400 sqm data centre in the Netherlands' capital of Amsterdam, has become the first facility in continental Europe to receive an OCP Ready Certification from the Open Compute Project Foundation.

The facility is owned and operated as a colocation services solution by maincubes, a subsidiary of German infrastructure conglomerate, the Zech Group. AMS01 is carrier neutral, with a power density per rack of 20kw, and a direct connection to the Amsterdam Internet Exchange (AMS-IX).

“The Open Compute Project is a movement that continues to gain traction across the data center industry — and for good reason,” said Oliver Menzel, CEO of maincubes. “It’s more important than ever that data-hungry organizations, and the data centers that support them, be able to operate with the greatest performance and efficiency. This certification signifies our ability to meet those needs, and we’re thrilled to have the trust of the OCP Community behind us as we seek to build a better digital future.”

Originally a part of Facebook, the Open Compute Project Foundation was responsible for the social media company’s revolutionary data centre in Prineville, Oregon. A small team spent two years building a hyperscale data centre which ended up being 38% more energy efficient to build and 24% less expensive to run than the company’s previous facilities. Following the project’s success, Facebook spun out the Open Compute Project in collaboration with Intel, Rackspace, Goldman Sachs and Andy Bechtolsheim.

Achieving OCP Ready Certification is an indicator that maincubes’ facility is fully prepared to take advantage of the increased flexibility, efficiency and potential density afforded by the use of OCP equipment. According to maincubes, AMS01 achieves above-average Power Usage Effectiveness through use of innovative cooling and power solutions, as well as a direct and redundant connection to the electricity grid for failsafe and high-density power, global and carrier-neutral connectivity including leading internet exchanges (IX) and multi-level security.

“The maincubes AMS01 data center has completed a thorough peer review process and achieved OCP Ready recognition for implementing the industry’s best practices for efficiency and scale. This facility, which has been upgraded to keep pace with the increase in densities, power and cooling requirements of OCP hardware, will enable it to stay OCP Ready far into the future,” commented Mark Dansie, OCP Ready Program Lead.