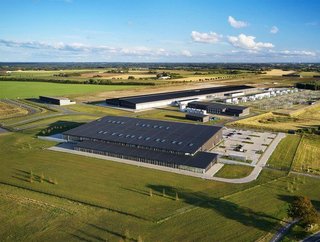 Tech giant Apple is expanding its data centre in Viborg, Denmark, and is installing infrastructure to capture excess heat energy from it

U.S. tech giant Apple has today announced an expansion of its data centre in Viborg, Denmark, adding that it is to also build infrastructure that can capture excess heat energy from it to be used in the city. The news comes as part of a bigger announcement relating to Apple’s environmental initiatives.

The data centre currently uses the world’s largest onshore wind turbines to power it with any excess energy being put back into Denmark’s power grid. Discussing the news further, Lisa Jackson, Apple's vice president of Environment, Policy, and Social Initiatives, said: "Over the next year, Apple will expand the Viborg data centre's operations and build new infrastructure to capture excess heat energy for the city's long-term benefit.

“As with its data centres, all Apple offices and retail stores across 44 countries have sourced 100% clean energy since 2018, including through Green Bond proceeds,” she said.

Apple has most recently announced that its US$4.7bn investment in Green Bonds has helped to jump-start the development of new low-carbon manufacturing and recycling technologies.

The tech giant has issued three Green Bonds since 2016, with projects showcasing how the investments can reduce global emissions and bring clean power to communities around the world.

As part of this work, Apple is purchasing direct carbon-free aluminum following a major advancement in smelting technology to reduce emissions. The aluminum is the first to be manufactured at an industrial scale outside of a laboratory without creating any direct carbon emissions during the smelting process. The company intends for the material to be introduced in the iPhone SE.

“Our investments are advancing the breakthrough technologies needed to reduce the carbon footprint of the materials we use, even as we move to using only recyclable and renewable materials across our products to conserve the earth’s finite resources,” Jackson said.