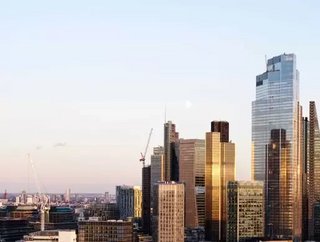 London-based data centre operator Ark Data Centres has purchased a 92,00 square metre property located on Western Avenue, Park Royal in the West of London - located on the border between the boroughs of Brent and Ealing.

Ark has purchased the property for an undisclosed sum from the Renault Group, which has used the West London location as an office, workshop and retail location since the 1930’s. Ark has announced that it intends to develop the property into a state-of-the-art data centre with an emphasis on sustainable design.

“This new exciting acquisition of Park Royal, our third in London, not only supports Ark’s own sustainability commitments but also empowers the customers we serve by helping them to honour their own carbon reduction goals,” commented Huw Owen, CEO of Ark Data Centres.

The new project will be solely powered by renewable energy, feature living walls and use gas generators for its backup systems - entirely eliminating diesel.

Own added: “Ark is delighted to have been able to acquire this site from Renault Retail Group. Our customers have an expectation for us to be both socially responsible, as well as provide best-in-class, market leading data centres in the locations where we can have the greatest impact.”

The Park Royal purchase is the third acquisition for Ark in the last 12 months. The company acquired the 10 acre campus site in Longcross in December of 2019, following the acquisition of a £450mn loan the previous month. The company also recently announced its new Union Park site, which will also be entirely powered by renewable energy power purchase plans and is expected to open in the first half of 2022.

European spending on data centres hit a total of £23.5bn in the first half of 2020, despite the economic repercussions of the COVID-19 pandemic. A newly released report by Knight Frank and DC Byte identified London - as well as Frankfurt, Amsterdam and Dublin - as a “Gigawatt Market”, a location where the total computing power in the data centre industry is expected to exceed 1GW in the next three years.

Ark has said that the Park Royal facility will begin construction in 2022, following the launch of the Union Park site.