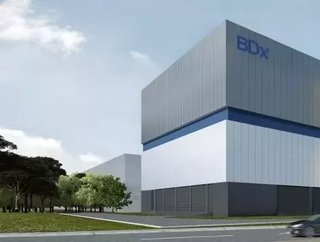 Big Data Exchange (BDx) launches the first phase of its Nanjing data centre campus in China with the opening of NKG1.

Big Data Exchange (BDx), a pan-Asian data centre company has launched its Nanjing data centre campus in China with the opening of its first facility, NKG1. The company said they “celebrated” the launch of the campus, located in the Yangtze River Delta, one of the nation's richest regions and its largest import and export base.

Following its certificate of completion from the Urban and Rural Construction Bureau of Jiangning District in Nanjing City, the NKG1 campus is “now serving customers”. Construction on the Nanjing campus began in February last year.

"We worked through the challenges of completing a major construction project during the peak of the pandemic because customers were anticipating this launch to support an unprecedented surge of growth and capacity requirements”, said Bill Gao, EVP & Chief Executive Officer of BDx Greater China.

What does the NKG1 data centre include?

According to BDx, the NKG1 facility is the first data centre in the city to earn the Uptime Institute Tier III Certification of Design Documents and offers 4MW of IT power for colocation. NKG1 is powered by two separate 10-kilovolt feeders from two substations that aim to provide the NKG campus with 60MVA of total power sanctioned from the grid.

During COVID-19, BDx says that its design and construction team focused on safety to ensure that the project was completed safely and without incident. This enabled the company to add critical capacity to this region and respond to the accelerated shift to digital environments that caused a surge in demand for data center services. “Research shows that demand hasn't dropped as the economy reopens”, BDx said.

The launch of NKG2

Due to rising demand in China’s data centre market, BDx plans to launch the second phase of its Nanjing campus, NKG2, by the end of this year. “NKG2 is designed to be minimally manned and almost lights-out — a reigning philosophy across BDx's data center cluster. In addition, its highly automated features make for a more sustainable data center environment”, the company said.