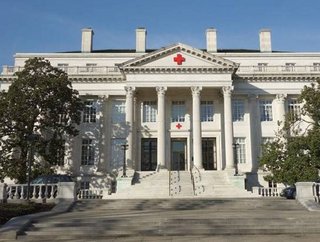 The Data Center Coalition (DCC) and Loudoun County Economic Development have announced a partnership with the American Red Cross to launch a blood drive campaign in support of International Data Center Day and Red Cross Giving Day on 23 March. The campaign will facilitate donations from the data centre industry.

“By bringing together data center owners, operators, and our ecosystem at large, we are able to better serve the communities and people where we work and live,” he added.

During the campaign, data centre teams in Northern Virginia and across the country will have the opportunity to commit to a blood donation using the American Red Cross “SleevesUp” platform. The campaign hashtag is #DataCentersSleeveUp. The blood drive is  intended to help address a national blood crisis which the American Red Cross indicated on  January 11 as “the worst blood shortage in over a decade, posing a concerning risk to  patient care.”

The #DataCentersSleeveUp campaign to help an important cause

Erwin Stierle, Executive Director for the Red Cross of Loudoun and Prince William Counties, said: “Blood can only come from compassionate donors, it cannot be manufactured or produced.  Because of this, there is always a need for local heroes, those willing to roll up a sleeve and give the gift of life. We are thrilled the Data Center Coalition has stepped up to help meet this important need.”