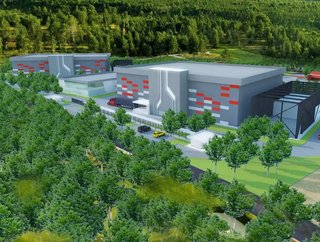 Singapore firm Data Center First has launched a new 30MW data centre in Nongsa Digital Park in Indonesia, which will be designed to Tier III standards

Singapore-based data centre provider Data Center First has today announced the launch of their first 30MW data centre project in Nongsa Digital Park, in Batam, Indonesia. The company says that the new data centre, called Nongsa One, will be designed and constructed to Uptime Tier III standards and is expected to complete by end of 2023.

Ka Vin Wong, Chief Executive of Data Center First, said: "Nongsa One has arrived in Nongsa Digital Park and we are delighted to be the new crossroad for this bold vision of a digital future for Singapore and Indonesia. This is made possible by our growing customer community who are providing independent services at this new business crossroad. We continue to receive expressions of interest from Telecom Service Providers, Cloud Infrastructure Providers, and E-Commerce Service Providers. I am thrilled for the market to get to know us and be part of our growing community."

Nongsa One sits on 276,600 square feet of land located in the Special Economic Zone of Nongsa Digital Park. The design for this 30MW campus DC  gives Nongsa One the ability to independently scale its electricity needs for the two buildings on the campus. This new powerhouse design will be an earmark feature for all of Data Center First's campus projects.

The arrival of Nongsa One in Nongsa Digital Park will allow digital enterprises can exploit the world-class infrastructure to protect their current deployed digital assets against natural disasters, Data Center First claims.

In a statement, the company said that Nongsa Digital Park provides the perfect alternative as a disaster-neutral location to safeguard Indonesia's booming digital economy. The huge numbers of subsea fibres available from multiple telecom service providers connecting at Nongsa to both Singapore and Jakarta make Nongsa Digital Park the most effective ingress and egress network point for customers that needs to bring data in or out of Indonesia efficiently.

Nongsa Digital Park with Nongsa One is truly the embodiment of the Digital Bridge vision jointly defined by the government of Singapore and Indonesia. Data Center First is excited to take a leadership position in implementing this vision.

“We look forward to this collaboration with Data Centre First Pte Ltd which will most certainly catalyse more foreign investment to support Indonesia's overall digital economic growth,” he concluded.