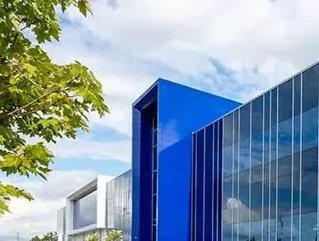 DataBank’s data centre acquisition aims to increases capacity, expand its customer base and add a Metro Market to its Edge Infrastructure footprint

The transaction allows DataBank to become the largest independent data centre provider in Houston, the nation’s fourth-largest metro area. The new facilities will collectively add more than 300,000 square feet of raised-floor data centre capacity and 42.5 MW of installed critical IT load, as well as a roster of blue-chip customers from the area’s fast-growing healthcare, financial, energy, media and software sectors. Additionally, one of the facilities being acquired – the Houston West Campus – is the region’s primary interconnection point, with over 30 fibre networks, 3,500 cross connects and public cloud on-ramps from AWS and Google.

Located along a major fibre corridor in Houston, the Houston West Campus is strategically positioned with access to significant and redundant utility power feeds and access to the fastest and most reliable telecommunications networks.

“We are excited to add the high-growth Houston market to DataBank’s portfolio, marking a significant milestone in our expansion efforts as we enter into our 27th metro area and add to what is already the largest edge infrastructure footprint in the United States,” said Raul Martynek, DataBank’s CEO. “We look forward to providing the businesses and people in this important community with best-in-class digital infrastructure.”

The transaction is being funded by an investor group led by DigitalBridge, DataBank’s controlling shareholder. In addition to leading a consortium of world-class institutional investors to support the acquisition, DigitalBridge is investing $80 million from its balance sheet to maintain its 20% ownership position in DataBank.

Marc Ganzi, President and CEO of DigitalBridge, said, “With this acquisition, DataBank is extending its footprint in a strong growth market with significant expansion potential, continuing its strategic focus on carrier-rich data centres in critical metro areas across the United States. We are pleased to support Raul and his team as they continue to deliver for an expanding Fortune 500 customer base.”

The transaction is expected to close late in the first quarter of 2022, subject to customary conditions and regulatory approvals.