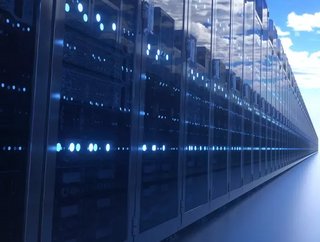 DataQube Global developers of an eco-friendly ready edge data centre system, together with Primaria, providers of intelligent and energy efficient cooling technologies, are championing the adoption of alternative data centre cooling refrigerants in response to European regulations to phase out greenhouse gases. Field trials are currently underway to establish the feasibility of replacing legacy HFCs – (fluorinated hydrocarbons) coolants with a next-generation refrigerant that efficiently carries heat and delivers a lower environmental impact.

What are the two main refrigerants used in data centre cooling systems?

The two main refrigerants currently used in data centre cooling systems are R134a and especially R410a. Whilst both have an ozone depletion potential (ODP) of zero, their global warming potential (GWP) ratings of 1430 and 2088 respectively are a thousand times higher than carbon dioxide. R-32 on the other hand, because of its efficient heat conveying capabilities which can reduce total energy usage by up to 10% and due to its chemical structure has a GWP rating that is up to 68% lower at just 675.

“The environmental impact of the data centre industry is significant, estimated at between 5-9% of global electricity usage and more than 2% of all CO2 emissions.” Says David Keegan, CEO of DataQube.  “In light of COP 26 targets, the industry as a whole need to rethink its overall energy usage if it is to become climate neutral by 2030, and our novel system set to play a major part in green initiatives.”

“For data centre service providers it’s important that their operations are state of the art when it comes to energy efficiency and GWP (of the refrigerants used) since it impacts both their balance sheet and their sustainability.” Comments Henrik Abrink, Managing Director of Primaria “With the development and implementation of R-32 in the DataQube cooling units we have taken a step further to deliver high added value on both counts in a solution that is already proving to be the most energy efficient  edge datacentre system on the market.”

Unlike conventional data centre infrastructure, DataQube, because of its unique person-free layout, reduces power consumption by as much as 56% and CO2 emissions by as much as 56% as the energy transfer is primarily dedicated to powering computers. Exploiting next generation cooling products such as R-32 together with immersive cooling in its core infrastructure offers the potential to reduce these figures further. DataQube’s efficient use of space, combined with optimized IT capacity makes for a smaller physical footprint because less land, raw materials and power are needed from the outset.  Moreover, any surplus energy may be reused for district heating, making the system truly sustainable.