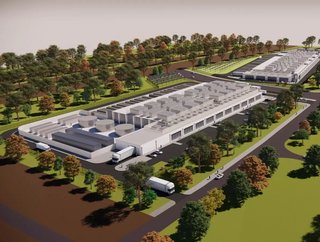 DCI Data Centres is building a new Tier III, secure cloud edge data centre in Darwin after it invested in land in the Australian city

Australian data centre company DCI Data Centres has announced it will build a new tier III, secure cloud edge data centre in Darwin, Australia following an investment in land in the city. The new facility will be given the title DRW01.

Malcolm Roe, DCI CEO for Australia and New Zealand, said DCI recognises the Northern Territory’s position as the digital gateway to Australia’s forward-facing defence and space industries, as well as Asia to the north.

Darwin as a strategic location for a data centre

Commenting on the location of the data centre, Roe said: “Darwin is a strategic location in Australia and has already created a digital ecosystem with key elements like; renewable energy, international and Australia-wide network connectivity. “It is also the command hub in the north for Australian defence and coastal border forces, as well as hosting significant U.S. Defence Force technical and aerial assets.  The rapidly growing space sector is also seeing organisations such as NASA and other global players establishing a presence in the Territory.  This is all in addition to the existing mining, agriculture and tourism sectors.

“These industries require secure ICT infrastructure, so it makes perfect sense for us to increase our footprint to include NT, starting with the purchase of this land,” he added.

DCI’s investment closely follows the recent Darwin-Jakarta-Singapore Cable (DJSC) announcement and the extension of the Terabit Territory into Asia.

“With the development of the highly secure high-speed Terabit Territory network, and the impending arrival of a series of international sub-sea telecommunications cables, Darwin is strengthening its position as Australia’s Digital Territory and gateway to Asia,” Roe said.

DCI has secured a 2.7 hectare site in a Darwin Technology Park, which provides enough space to support up to 10 Megawatts of IT Load.  The deal also provides an option to expand up to 5 hectares in the future. The DRW01 design, subject to development application approval, is based on the secure cloud edge TIER-Ready III design that is being used by DCI in Adelaide, with physical security up to Zone 5.

“We are very excited about this Darwin site as it is collocated with significant power infrastructure and has provision for large scale renewable energy assets to be developed alongside it,” Roe said.

This investment aims to support the expansion of DCI’s national footprint and the deployment of secure cloud edge facilities across Australia and New Zealand.  DCI has operational data centre assets located in Sydney and Adelaide.  These will soon be joined by two new TIER-Ready III certified facilities called ADL02 and AKL01, with construction underway in Kidman Park, South Australia and New Zealand respectively, the company said in a statement. DCI has also recently announced acquisition of land in Mawson Lakes to build a third Data Centre facility in South Australia.