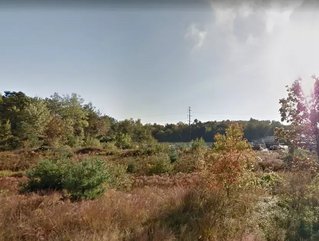 The multi-billion dollar project is seeking approval for the development of a 2.7mn sq ft site in Westfield, MA.

A swathe of industrial land in Westfield, Massachusetts, is currently undergoing approvals for a sizable data centre project that local officials hope will represent a significant economic opportunity for the city.

According to local news site The Westfield News, Servistar Realties LLC, a real estate development firm, is applying to develop the land into a 2.7mn square foot data centre campus. Based on local planning permission application documents first filed with the Massachusetts Department of Housing and Community Development in May of this year, and amended on July 29 and August 4, the site will comprise 10 three-storey data centre buildings totalling 2.7mn square feet of data centre space.

The proposed project will see the campus, which also includes two accessory buildings and “additional site improvements”, built out over the next 12 to 18 years. The site will “become a significant source of new hyperscale data center computing power in the… region,” according to Servistar Realty’s planning application. The total cost of the project has been estimated at $2.7bn.

The first data centre is expected to begin construction in 2023 and is slated for completion before the end of 2024. Subsequent buildings are slated for development at a rate of roughly one per year, with the entire site expected to reach full buildout before December 2038.

Continuous construction, development, and operation of the site are being hailed by local officials as a significant source of economic benefits for Westfield.

Westfield Community Development Director Peter J. Miller told The Westfield News that he sees the project as “an exciting opportunity”, adding that “the potential revenue for the city going forward is significant. Within the first three years, they would be the largest taxpayer in the city, never mind future phases.”

Based on the planning application submitted by Servistar, the project would contribute more than $1.2mn in tax revenue to the city over the first three years of development. Additionally, Servistar has said that it expects the campus to “create up to approximately 1,100 permanent new jobs, 800 temporary construction jobs, and, at full buildout, annual property tax revenues in excess of $1.3mn per year for the City.”

However, the application does include a proposed extension of the 15 year property tax exemption period provided by the state of Massachusetts for such developments. Based on the fact that Servistar claims the project “will provide extraordinary economic development benefits

and is in the public interest,” it is requesting that an additional 25 years of property tax exemption be added to the existing 15, for a total of 40 years of operation tax-free. In place of taxes, the company is offering direct payments to the city for use in the development and repair of local infrastructure, among other things. According to the planning proposal, the site’s proximity to local fulfilment and distribution centres has resulted in serious degradation of local roads and other infrastructure, which Servistar will contribute directly to repairing.

“I’ve thought about it a lot, and I’ve tried to figure out what the downside to this will be, and I can’t find one. This is a game changer for the city in both finances and economic growth. It changes the kind of industry that looks at us and we’re hopeful this sets us up for a future where more of these tech offerings are available to us,” added Miller.

He added that concerns over the environmental impact of the project were unfounded, stating that the previously proposed project for the site was a natural gas power plant. He added that a significant portion of the land purchased to house the campus would be left undeveloped due to their status as protected wetlands. The site borders on the Hawks Nest Conservation area which Miller assured reporters would not be negatively impacted by the data centre campus’ development.