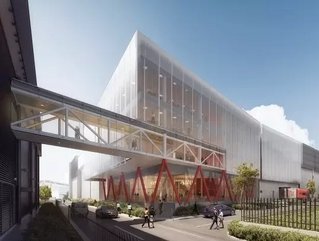 Data centre and digital infrastructure company Equinix has announced it has completed a US$47.3mn (AU$66mn) expansion of its SY5 data centre, the company’s fifth facility in Sydney.

Completed as a phase two expansion, the new development to the International Business Exchange (IBX) facility, which is located in Alexandria in Sydney, adds 2,150 cabinets to the existing 3,975. It also creates an additional 11,310 square metres of colocation space, Equinix claims.

When fully constructed, the SY5 data centre is expected to be the largest IBX in Australia with more than 9,200 cabinets. Guy Danskine, Managing Director of Equinix Australia, said: "We continue to see significant momentum in Australia as technology spend accelerates, driven by the shift to as-a-service consumption models and hybrid multicloud being widely adopted as the architecture of choice. The expansion of our SY5 IBX reflects our strategy to continue enriching business ecosystems with added capacity, so our customers can unlock the enormous potential of digital through interconnection.

"This includes moving out of legacy data centres and locating private infrastructure adjacent to their cloud providers to reduce latency and connect to thousands of service providers on Platform Equinix,” Guy added.

He also mentioned that Equinix's planned investments in the region include ongoing expansion plans, such as the completion of its third data centre in Perth due later this year.

Equinix’s data centres in Australia include one Adelaide, one in Brisbane, and one in Canberra, as well as two in Perth, five in Melbourne, and eight in Sydney. Across the Asia-Pacific (APAC) region, the infrastructure organisation has 14 facilities in Japan, five in Hong Kong, four centres in Singapore, one in Seoul, and six in Shanghai.

The Australian Competition and Consumer Commission earlier this week granted Equinix Australia, along with the Australian arms of Nike, H&M, HSBC Bank, and Goldman Sachs, authorisation to form a renewable energy purchasing group to allow them to jointly negotiate access to better renewable energy deals.

The authorisation, effective until 30 September 2045, aims to allow the group to be connected to the National Electricity Market and provides access to green energy from either a solar or wind farm via a joint tender process.