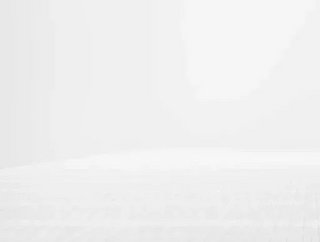 It’s no secret that the data centre industry is growing, and fast - from the hyperscale all the way to the edge. A report released this week by Canalys found that global cloud infrastructure spending rose by 35%, up to $41.8bn in Q1 of 2021 alone. While we don’t have industry spend figures for edge data centres, the market is similarly booming, with an expected CAGR of around 12.5% between 2020 and 2024.

Equinix, as one of the world’s leading data centre brands (with fingers in both the hyperscale and edge pies) is reflecting this wider trend through its earnings and revenue figures.

The Californian data centre operator announced its Q1, 2021 financials on Thursday, revealing that, year-on-year, it managed to grow its revenues from the past few months by a full 10% - representing the company’s 73rd consecutive quarter or revenue growth.

Equinix also reveals that it is now the market leader for colocation in the Americas, EMEA and APAC after taking the top spot in Asia during the quarter.

"We had a great start to the year, and as businesses continue to navigate towards a post-pandemic world, Equinix is uniquely well-positioned. Digital transformation continues to accelerate, and businesses across a broad range of verticals are recognising that their infrastructure can be a key source of competitive advantage in an increasingly digital world,” commented Equinix’s President and CEO, Charles Meyers.

He added: “Q1 also marked a milestone for Equinix as we are now the market leader in retail colocation in all three regions of the world, taking the number-one spot in Asia-Pacific for the first time. Demand is strong with global IT spend expected to rebound above pre-pandemic levels as enterprises increase hybrid cloud spending, and service providers build out their delivery platforms to tap into this demand."

Meyers also revealed that Equinix’s progress isn’t showing any signs of slowing down. The data centre company has a reported 36 major projects underway across 28 markets and 19 countries - making 2021 one of its most active build years to date. This is likely being contributed to by the whiplash effect being felt throughout the industry this year, as new projects and old ones delayed by the pandemic are set to proceed side by side.