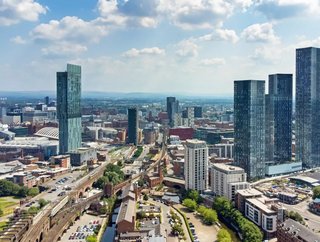 Data centre provider and digital infrastructure company Equinix has invested £61mn to construct a new IBX data centre in Manchester, to open in 2022

The new facility, called MA5, will be located in Manchester’s Agecroft Commerce Park in Salford. It is Equinix’s fifth data centre in the Greater Manchester area and is scheduled to open in the second quarter of next year.

Russell Poole, Managing Director, UK, Equinix, said: “This new investment is a significant addition to our existing portfolio in the UK. The site will cater to the growing number of enterprises—both regionally and internationally—that require ultra-low-latency connectivity to remain competitive. MA5 forms part of a wider investment in the UK’s digital infrastructure, and further cements Britain’s position as one of the most important markets globally to do business.”

Lorraine Wilkinson, Vice President of Sales, UK, Equinix, noted: “With a rich industrial history, Manchester has long been one of the UK’s leading cities for business, catering to globally renowned companies and start-ups looking to grow and scale their operations. MA5 will provide high-speed connectivity to the North of England, facilitating the next generation of digital transformation within the region. The new site will bring Equinix’s total investment in Manchester to over £130mn, and £1bn+ in the UK’s digital infrastructure as a whole.”

UK Science and Innovation Minister George Freeman, said: “The UK is one of the world’s most digitally advanced economies. Through government and industry working together, we are investing in new 5G and next-generation digital technologies to support UK businesses to build back better from the pandemic.

“Equinix’s new Manchester data centre will not only help to create well-paying jobs across Manchester and the wider North West, but will also make sure businesses have the digital technology needed to succeed and grow in global markets.”

Manchester is Europe’s second-largest creative, digital and media hub, housing MediaCity UK—one of the world’s most advanced media centres and home to the BBC’s headquarters. The city has a fast-growing technology scene, noted for eCommerce, and an emerging start-up ecosystem.

It is also home to low-latency connectivity through network routes to the United States and has access to international subsea cables via Ireland and the West of England.