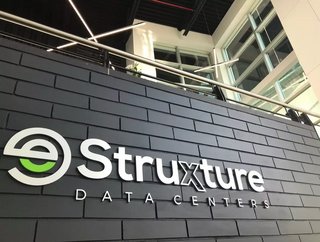 eStruxture, a cloud and carrier-neutral data centre provider based in Canada, is adding a second data centre to its portfolio in Calgary, called CAL-2

Canadian-owned cloud and carrier-neutral data centre provider, eStruxture, has announced it is adding a second data centre in Calgary. Planned for the second half of 2022, the CAL-2 facility reinforces the company’s commitment to growing its business in Canada as the demand for high-capacity facilities increases in the market.

Todd Coleman, President, and CEO of eStruxture, said: "We entered the Calgary market three years ago on the belief that the economy would rebound, and the market would develop into a key Canadian data centre market through growth and demand from both existing industries and new industries establishing their data centre footprint here. We have experienced this growth first-hand, filling out our capacity at CAL-1, our first facility in Calgary. At eStruxture, we are confident that Calgary is becoming one of Canada’s critical data centre hubs.

“We are very proud to be building a Canadian colocation powerhouse, and are committed to investing in the Canadian economy, creating more jobs, and providing the very best service to our customers, including large-scale companies,” he added.

Located north of Calgary, the CAL-2 facility will be the largest, Tier III designed data centre in the Calgary area, bringing true hyperscale capacity to the market: 30MW of power and nearly 93,000 sq. ft. of space.

With fully-diverse inter-site connectivity between eStruxture’s CAL-1 and CAL-2 facilities and 23 km distance between the sites, CAL-2 is ideally positioned to enhance redundancy and offer diverse power grid capability for its customers. The facility reinforces eStruxture’s commitment to powering its data centres more sustainably by using the same water-less, free-cooling system that is also present in the company’s state-of-the-art MTL-2 facility in Montreal. With three initial data halls, the highly scalable and customisable CAL-2 will be capable of meeting the ever-increasing demand of the company’s customers, regardless of size.

As the only remaining major Canadian-owned and operated colocation data centre, eStruxture has emerged as a true industry leader and trailblazer, providing more locations, capacity, and connections than other data centres. With a total of 15 facilities located in Vancouver, Calgary, Toronto, and Montreal, eStruxture is able to support companies of all sizes through their rapid growth and unpredictable demands.

For more information on eStruxture and its colocation, cloud, and network offerings, visit www.estruxture.com.