Etisalat to expand SmartHub with third data centre in UAE 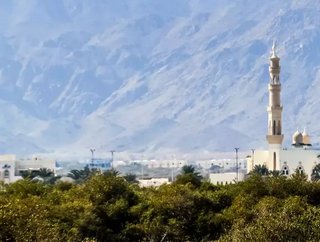 Etisalat has announced that it is building a third data centre in the UAE to expand its SmartHub in Kalba in the United Arab Emirates.

Etisalat has announced that it is expanding its SmartHub in Kalba in the United Arab Emirates with a third data centre in response to growing demand and to enhance geographical diversity. The UAE-based telecommunications company’s latest Tier 3 facility will join two others in Fujairah and Dubai, which opened last year.

According to the company, the new centre will offer “a geo-redundant ecosystem” to allow global organisations to expand their regional presence. Ali Amiri, Group Chief Carrier & Wholesale Officer, Etisalat, said: “As one of the biggest neutral carrier hotels, Etisalat’s SmartHub data centres will be an ICT bridge between continents always supporting critical business activities of global customers.

“SmartHub Kalba will enable us to increase our capabilities and global capacity to meet our international clients’ expanding needs for infrastructure across Asia, Africa, Europe, Middle East and the Americas. We at Etisalat are committed to making ‘SmartHub’ a preferred location for carriers, cloud service providers, internet exchanges and companies looking for carrier-grade data centres”, said Amiri.

The facility is due to be operational “by the first quarter of 2022” and aims to provide a robust data centre infrastructure as well as being a disaster recovery hub for Etisalat’s customers in the Fujairah SmartHub, the company claims.

Etisalat’s Kalba data centre has also been selected to be the landing for Africa-1, a new subsea telecommunications system. Connecting Africa, the Middle East and Europe, it is hoped that it will give the SmartHub a “pivotal role in catering towards facilitating faster connectivity to various global partners”. It is reportedly due to come into service by the end of 2023.

According to reports, the system, built by Alcatel Submarine Networks (ASN), will also land in Sudan as well as connect other countries in the Mediterranean such as Algeria, Italy and Tunisia. Chief Executive Officer and President of Alcatel Submarine Networks, Alain Biston, said: “We are proud that the Africa-1 consortium members have chosen ASN, their trusted and experienced partner in the region, to build and to deploy the Africa 1 system, an addition to the global network that will interconnect millions of people and take part in the digital development of the whole region”.