Facebook’s data centre campus in Prineville, Oregon, is, in many ways, the blueprint for the modern data centre.

It was the social media giant’s first custom-built data centre. Built back in 2010, the nascent Open Compute Project - which was then a division of Facebook and is now one of the most influential groups working in the data centre design space - cut its teeth designing Prineville.

The facility, which currently spans more than 4.6mn square feet, is Facebook’s largest US data centre. And now, it’s going to get even bigger.

On Thursday, Facebook announced that it is embarking on an expansion project at the Prineville campus which will add 900,000 square feet of floor space spread across two new data centres, bringing the total number of facilities distributed across the site to 11, and representing a total investment of more than $2bn. 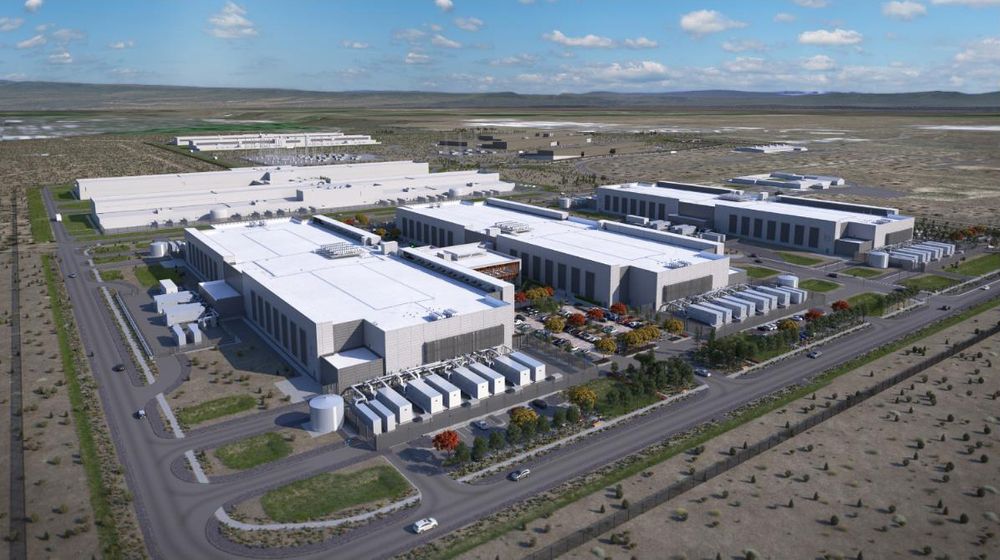 Digital renderings of the expanded Prineville campus - Courtesy of Facebook

"Facebook has been an important part of our community now for over ten years, and their continued growth here in Prineville is just a testament to the excellent relationship that we have together,” Prineville’s Mayor, Jason Beebe, commented this week.

“I'm excited for this new growth and their commitment to Prineville and Crook County and the support they have provided for our community, especially the schools.”

Beebe is referring to a new $60,000 grant Facebook is creating, which will funnel money directly into the Crook County School District’s K-12 robotics program. Oregon congressional representative, Vikki Breese-Iverson, praised the announcement, stating that “Facebook Data Center in Prineville has consistently provided grants to local projects and nonprofits for many years. They have shown what a partnership between a small community and large corporation can be in Rural Oregon. I applaud their efforts, especially in their support of our school district here in Crook County.”

The campus will continue to be supplied by 100% renewable energy, Facebook assured the public. The Prineville campus has been held up over the past decade as an industry model for sustainable data centre design. “Facebook’s data centers are among the most energy and water efficient data center facilities in the world. Our Prineville Data Center is supported by 100% renewable energy, including two solar projects located right here in Oregon. We also have two water restoration projects in Oregon that are helping overcome the increasing demand for water and support the local community,” said the company on Thursday.

The expansion is similar in size to the one recently announced at Facebook's Eagle Moutnain campus in Utah, which is also adding two data centres and 900,000 square feet of floor space.