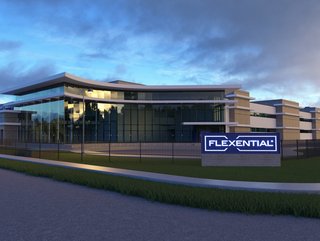 Flexential, a leading provider of data centre colocation, cloud and connectivity, has today announced its partnership with Angola Cables, a multinational ICT solutions and network service provider operator. The two companies aim to drive colocation and interconnection options for customers in the Southern and West African markets.

Upgrades to the MONET Cable connecting the USA to Latin America

Subsea cables are the key to international connectivity. The previous Google Cable only linked São Paulo, Brazil to Boca Raton, however recent upgrades made to the MONET Cable and Flexential's partnership with Angola will extend this subsea cable access to an additional point of access in the U.S. and also have direct access to the AngoNAP Tier III data centre in Fortaleza, Brazil and the SACS landing station.

Expanding upon its current international subsea cable connections in APAC and LATAM, Flexential's international connection to markets in Africa via simple cross-connect fibre optics stands to significantly benefit its customers. Flexential says that its customers, many of whom have a significant presence in the region, “will experience low-latency, express connections not only from Fort Lauderdale, but across all forty of Flexential's data centres via the company's national FlexAnywhere platform.”

"Our partnership with Flexential will strengthen interconnection options across southern and West Africa," said Ângelo Gama, CEO of Angola Cables. Gama says that this high-capacity connectivity is well-suited to serve multiple industries from the oil and gas sector to scientific and academic research.

"Plugging into Flexential's extensive network of data centres in the U.S. will benefit our clients in Africa by not only extending their presence and exposure to the highly active U.S. market but will open up further opportunities for enterprises in Africa to establish direct connections with parent companies, subsidiaries, business partners and suppliers across the U.S."

"Given the significant presence we're already seeing from customers, including over-the-top (OTT) providers, hyperscalers and Fortune 500 companies in the African region, we're excited to bring these organisations a new level of international capacity and connectivity via new cross connect options," said Tim Parker, Senior Vice President, Network Strategy, Flexential. "The extension of the MONET cable into Fort Lauderdale is a significant step forward for international connectivity."