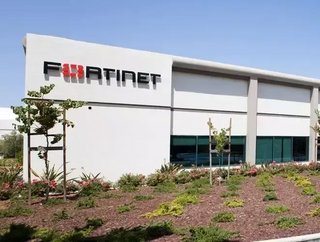 US cybersecurity firm Fortinet is adding further protection to hybrid data centres with the launch of its next-generation firewall, the FortiGate 3500F

The transition to hybrid data centres

Fortinet claims that organisations are choosing hybrid data centres to manage their workload due to the increase in popularity of the “work from anywhere” culture. Hybrid data centres can also enhance operations through the deployment of resources across on-premise and different clouds. However, this increases the risk of a cyberattack, creating more security “blind spots” and places information and data under threat.

To reduce the risk of an attack and protect data contained in hybrid facilities, the Fortigate 3500F is equipped with several features, such as the company’s ASIC Security Processing Units (SPUs), which include the CP9 and NP7. It can also detect attacks such as Trickbot and ZEUS, and protect companies from network, application, and file-based attacks, Fortinet claims.

In a statement, the company said that the NGFW delivers “unparalleled performance levels and hyperscale” so that it can inspect and secure data hosted locally at network speeds.

A firewall affects system performance - It is believed that installing a firewall will negatively impact the performance of a system, most notably speed. However, it depends on the type of firewall you have. Hardware firewalls, for instance, are physical devices that sit between the internet and the system itself, whereas software firewalls are located inside the computer and depend on its resources for power.

Installing a firewall means you don’t have to update it - Firewalls are designed to prevent attacks. But since new, more malicious threats are constantly appearing, updating the firewall is a way to stay on top of your system’s security. If not updated, threats could find their way into your system, and expose the network.

A firewall is the only protection required - Firewalls only enhance the level of protection from cyber threats and they are not able to eradicate an attack that is already in a system. In addition, they have limited capabilities when it comes to external networks, and if the firewall has a loophole, it would be much easier for hackers to break through it. As such, for complete protection, other cyber defenses are essential in addition to the firewall.