Google given permission for data centre campus in Sweden 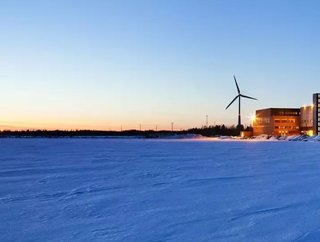 Permission has been granted to allow Google to build a 109-hectare data centre campus in the Nordic region of Sweden.

U.S. tech giant Google has received permission to construct a data centre campus in the Nordic region of rural Sweden. The 109-hectare site has been subject to legal reviews since it was purchased by Google in 2017. However, the company is yet to decide whether it will build a cloud facility, saying that it “will depend on market demand”.

The terms of the agreement state that Google must begin construction of the facility with the next decade or its permission may be revoked. The site on which the campus will be constructed is located in Horndal in the Avesta municipality, two hours north of Stockholm, Sweden’s capital city.

Jonathan Evans, Advisor to the Nordic Data Centre Sector and Director at Total Data Centre Solutions, said: “The content of this decision paves the way for future developments in data centres worldwide as it focuses on the source of the power, emissions from the stand by generators and reuse of server heat, all key points in reducing carbon emissions in the sector”.

If construction goes ahead, Google has also been given permission to use surface water from the Dalälven river in the facility for cooling. Sweden’s Land and Environment Court pointed out that this will not have an impact on protected wildlife nature reserves, air and water quality following environmental due diligence carried out on the project.

According to a condition for approval imposed by Sweden, by 2030, Google will only use fossil-free fuel for the reserve power plant, which will initially be powered by diesel before then.

Farshad Shadloo, Regional Communications Manager at Google, said in 2017 that, at the time, the company “had no plans to develop this site” but that “we do want to ensure that we have options to expand our data centre presence in Europe if our business demands it”. Sara Övreby, Public Policy and Government Relations Manager of Google Sweden, said: “We are very happy to be here and we think it is going well. We agree with the authorities on many issues”.

Google is currently on a rapid expansion path and is building new facilities in Qatar, Canada, Australia, India, Italy (Turin and Milan), France, Chile, and Spain. Today, the company has data centre sites in 25 regions with availability for 76 zones and 144 network edge locations.