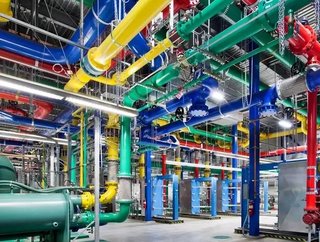 After breaking ground in New Albany in 2019, Google is planning a US$1bn expansion to its New Albany data centre in Ohio

Google has today announced that it is planning to invest US$1bn to expand its data centre campus in New Albany, Ohio in the United States. As well as the investment, the US tech giant also said it had acquired an additional 618 acres of land in Columbus and Lancaster to be used for potential future data centre developments.

Ohio Governor Mike DeWine said the investment further solidifies “the state’s position as one of the country’s leading destinations for cloud technology and investment.” Negotiations for Google’s first data centre in New Albany began in 2018 under pseudonym of Montauk Innovations LLC.

As part of the talks, Google received a 100%, 15-year exemption from data centre sales tax, which was worth around US$43.5mn. In 2019, the company began breaking ground with its first data centre in the area, a US$600mn project built on 440 acres of land. Encouraged by this, the company is now planning to build more facilities on the New Albany site.

“New Albany welcomed Google’s first Ohio data centre in 2019, and has seen the positive impact Google has on our local economy," New Albany Mayor Sloan Spalding said. "We are thrilled to see Google continue to invest and grow in our community." It is not yet known if the company managed to extract further tax concessions as part of the investment.

Google is not the only company to invest in data centre infrastructure in Ohio. Social media giant Facebook launched a US$1bn data centre campus in New Albany in February. The campus is located on a 345-acre site.

Amazon is another firm that has invested in the area, spending US$1.1bn - US$100mn more than Facebook - on three facilities in Central Ohio. In addition, last year, it also bought 112 acres of land in New Albany for another data centre.