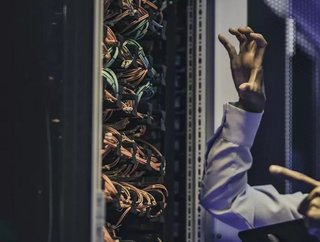 We take a look at the European growth strategy for US data centre operator CyrusOne, and the plans that European firm Yondr has for the US.

The data centre industry is booming, as both mature and emerging markets experience high levels of investment and growth. Demand for hyperscale, traditional colocation, and edge facilities is rising along with a global spike in the amount of data being created and consumed on a daily basis.

However, as we explore elsewhere in this month's edition of Data Centre Magazine, data centre operators are facing an increasing number of challenges in order to capitalise on the rising tide of demand. The need for sustainable design and operating practice is no longer a competitive advantage but a mission critical priority. Construction costs are rising as well, as the price of both materials and real estate in saturated markets continue to climb. Lastly, the industry finds itself increasingly in the grip of a generational skills shortage, as engineers retire faster than the sector can attract new talent - and automation struggles to evolve fast enough to compensate.

The opportunities are huge, as are the hurdles. In order to capitalise on this pivotal point in the history of the data centre sector, many companies are looking to expand overseas.

Headquartered in the Netherlands, where a hyper-saturated data centre industry is still recovering from the 2019 data centre construction Moratorium, Yondr Group is pressing ahead with a pan-US expansion of unprecedented scale - which kicked off earlier this year with the announcement of a 500 MW development in Northern Virginia, already the world’s most heavily-developed data centre market.

At the same time, Texan data centre giant CyrusOne is heading in the opposite direction. Already well-established in the US and Europe’s five key markets (Frankfurt, London, Amsterdam, Paris, and Dublin - also known as the FLAP-D markets), CyrusOne is continuing to expand overseas, this time into less competitive secondary markets with massive potential for growth. We caught up with Pete Jones, Chief Development Officer and Founder at Yondr Group, and Matt Pullen, EVP and Managing Director of CyrusOne’s European operations, to find out more about the trends pushing driving these two massive data centre footprint expansions in what initially appears to be opposite directions.

Yondr Group brought its first facility online back in 2011, delivering 30 MW of capacity in Finland - a particularly sizable achievement given how much smaller data centres tended to be in an age when hyperscale was still more or less the sole province of Google and Facebook. Since then, the group has grown rapidly year-on-year, focusing on delivering massive builds at impressive speeds.

In May of 2021, the Yondr Group announced a massive $2bn investment in expanding its footprint throughout the Americas. "The Americas represent a significant opportunity for Yondr Group," said Dave Newitt, CEO and Founder of Yondr Group, earlier this year. "Already, the USA's data centre capacity alone is more than twice that of Europe. And it's continuing to grow, with a predicted 11GW of capacity in place by 2025.” Keen to be a leading part of that growth trend, Yondr announced a “global scaling strategy” to massively grow its footprint across five continents by 2024.

That strategy crystallised into definite action in June of this year, when Yondr snapped up 270 acres of land throughout Loudoun and Prince William Counties in Northern Virginia. The metro area is already the world’s largest data centre market and home to almost 170 hyperscale and colocation facilities.

Not deterred by an already saturated market, Yondr is betting big on continually increasing demand with a plan to build a full 500 MW of data centre capacity across the land it’s purchased, almost doubling its entire global footprint with a single project. Given the fact that Northern Virginia was previously sitting at more than 1.2 GW of total leased data centre absorption to date and approximately 240 MW of critical data centre capacity currently under construction, Yondr’s project could still make a splash, even in this very big, very crowded pond.

“As we mapped out our expansion plans in the Americas, we saw the growing demand from our client base to be located in Northern Virginia,” explains Jones, adding that, thanks to its proximity to major fibre paths and access to cheap power, “it’s no surprise that virtually every major data centre operator has a presence in this metro.” Work on the new sites is expected to begin before the end of the year.

As this is Yondr’s biggest single project to date, in a market where the company has limited experience, I asked Jones about how broader challenges facing the industry might present an obstacle to the company’s ambitious plans. “Competition for skilled talent is always tough, so bringing new talent in from related sectors is something we spend a lot of time thinking about,” he admits, although he adds that because “we are a vertically integrated group of companies that includes both a general contractor and two commissioning companies… the ability to control our own domestic supply chain makes life easier.”

He continues to note that Yondr isn’t focusing solely on tier one markets, adding that “metros like Northern Virginia are one of many milestones we are looking to achieve globally”, painting a picture of an expansion plan that prioritises “evaluating established metros as well as lesser-known territories.”

CyrusOne: The FLAP-D and Beyond

CyrusOne’s European portfolio alone accounts for approximately 200 MW of critical IT capacity across Frankfurt, London, Amsterdam, Paris and Dublin. Going forward, however, the company says it plans to also focus on expanding its presence in emerging and secondary markets with potential for growth.

As CyrusOne’s MD of European operations, Pullen is quick to point out that new growth into underserved markets doesn’t mean the company plans to let its existing footprint stagnate. “As a company, we remain focused on expanding within existing markets, in large part, because of the economies of scale we get on operating costs across a campus. We are always looking to capitalise on success from key markets to maintain sustainable annual growth, such as London, Frankfurt and Paris,” he explains.

However, he adds that “we are also reviewing new market entries when those markets demonstrate the following characteristics - strong GDP; recently established hyperscale region; epicentre of initial availability zones; limited supply and competition.”

The holy grail of this second aspect of CyrusOne’s strategy would appear to be Spain.

“The increase of construction costs is also a big trend that we are seeing hit Europe right now, which is in contrast to the monopolistic customers seeking to drive headline leasing rates down,” says Pullen. As rising costs continue to make life harder for new data centre developments in mature markets, CyrusOne is also expanding its footprint with a new data centre in Madrid. “This is our first planned European facility outside of the traditional data centre market hubs,” Pullen explains, adding that the 21 MW facility will allow CyrusOne’s customers “to rapidly scale digital transformation strategies by deploying critical infrastructure at the heart of this enterprise and emerging hyperscale market.”

Spain is a particularly attractive market for new developments, according to Pullen. “There has been a major acceleration of data centre capacity in Spain over the last few years, and in 2020 Madrid was one of the fastest-growing European markets,” he explains. “Our investment in the region is another milestone on our European roadmap as we continue to expand our footprint across the continent to provide coverage, capacity and connectivity requirements to support our customers’ ambitions.”

When asked to compare CyrusOne’s activities and strategy in Europe versus the US, Pullen reflects that “In the US, the business has been running for a long time through the various cycles of enterprise and hyperscalers, in terms of customer base. For example, it takes a different approach to manage an enterprise customer base than a hyperscaler. The enterprise customer tends to rely on us a lot more to run their environment, and we, therefore, deploy technology that allows a more managed environment; whereas the hyperscalers largely operate independently.”

On the other hand, “In Europe, 93% of our customer base are hyperscalers. Dealing with hyperscale companies is all about being able to contract efficiently through existing global framework agreements and satisfy design and delivery with a right-sized global and local organisation. The hyperscalers are lacking in commercial resources – they do not have the bandwidth to deal with new entrants who do not have the established contractual terms, as well as design and delivery teams lacking scale and lacking experience with the hyperscale requirements.”

While they might initially seem inverted in many senses (eastern vs western expansion across the Atlantic and targeting mature vs underserved markets), both Yondr Group and CyrusOne are fundamentally tackling the same challenges in order to take advantage of the same opportunities. Both aim to capitalise on the booming hyperscale market, harness economies of scale to overcome rising costs, and believe that the tide of global demand will continue to rise - at home and abroad and in mature and emerging markets.