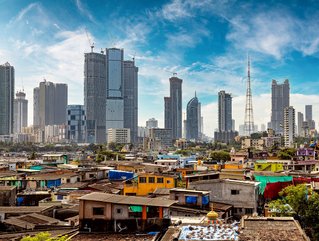 The government of India has announced that it is to classify data centres in the country as ‘infrastructure’ from 1 April 2022. The decision aims to make it easier for the data centre industry to raise funds through loans and investments.

“This will facilitate credit availability for digital infrastructure and clean energy storage,” he added. The policy shift, which was widely expected, has been welcomed by the data centre industry.

Sunil Gupta, the co-founder and CEO of local hyperscale builder Yotta, said on LinkedIn that the new policy was a “step in the right direction for the booming Indian data centre industry.” Gupta added that classifying data centres will ensure better access to capital borrowings at a reduced rate since banks have relaxed in the maintenance of capital adequacy for Infra lending.

The change comes amid the government's attempt to both digitise rural India and shift user data from foreign data centres into local facilities under the Personal Data Protection Bill.

Along with the infrastructure classification, the two government attempts are expected to drive data centre capacity across India, which is expected to double from 499MW in the first half of 2021 to 1,008MW next year, according to JLL's India head, Radha Dhir.

Data centre companies currently building in India include NTT Princeton Digital Group, Iron Mountain, EdgeConneX, and Hiranandani Group, either on their own or in partnerships.