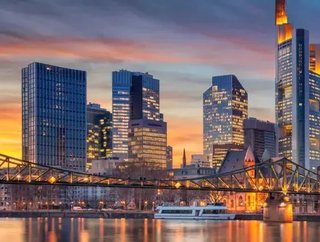 Interxion has acquired the freehold to its Frankfurt data centre campus, as well as an expansion parcel to build an additional 180 MW of capacity nearby...

On Monday, Netherlands-based data centre operator Interxion announced that it has acquired an expansion parcel near its new data centre freehold in Frankfurt Germany.

Interxion, which is a sub-division of global data centre leader Digital Realty, also announced that it has now acquired the freehold to the land under its Hanauer Landstraße campus in Frankfurt. The site includes nine preexisting Interxion data centres which were previously subject to leasehold agreements with approximately nine years of remaining lease term, along with Interxion's German headquarters office as well as several buildings currently leased to other customers.

Interxion now owns the freehold to all 15 data centres on its Frankfurt campus.

The Hanauer Landstraße campus currently contains approximately 43,000 square metres of data centre capacity spread over 6.5 hectares of land, 40% of which is leased to 21 customers with a weighted-average remaining lease term of approximately four years. At expiration, Interxion expects to redevelop the portion currently leased to third parties to build out additional data center capacity.

The expansion parcel, previously known as the Neckermann property, is located approximately one kilometre from the Frankfurt campus. The parcel measures a total of 107,000 square metres and will support the development of up to 180 megawatts of additional IT capacity that will be fully connected to the existing campus. The property acquisition is expected to close in two stages, with final transfer of ownership in early 2021.

"These investments represent an important milestone on our global platform roadmap, enabling customers' digital transformation strategies while demonstrating our commitment to supporting their future growth on PlatformDIGITAL," commented Digital Realty Chief Executive Officer A. William Stein in a company press release. "We believe we are creating significant value by combining the leasehold and freehold positions on one of the most highly connected campuses in Europe, while the assemblage of adjacent expansion capacity provides long-term certainty for the coverage, capacity and connectivity requirements to support our customers' digital ambitions."

Interxion occupies more than half the campus across its nine data centres. Interxion employs state-of-the-art cooling techniques to support higher power density customer requirements while maintaining exceptional energy efficiency, and 100% renewable energy is available to customers throughout the campus.

"Interxion Frankfurt is one of the leading cloud and connectivity hubs in the world, with direct access to numerous leading global cloud platforms and more than 700 carriers and internet service providers," said David Ruberg, Chief Executive Officer of Interxion. "Acquiring the freehold to our existing campus as well as a sizable site for further expansion will enable customers to rapidly scale their digital transformation strategies by deploying critical infrastructure with a leading global data centre provider and joining a thriving community of interest."