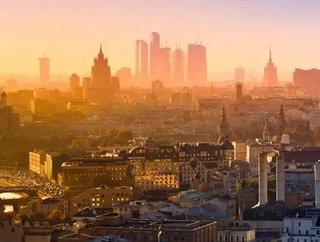 The campus, located in South Moscow, is located on a 36 acre plot of land, with the first phase planned to come online in the second half of 2021...

Russian data centre operator IXcellerate announced this week that it has started construction of a new hyperscale data centre campus in the south of Moscow.

The campus will comprise several data centres, the first of which, Moscow Five, will come online in Q3 of this year, with an initial deployed capacity of 4MW and Tier III certification from the Uptime Institute. In early 2022, a further 8MW will be brought online. Upon completion, the campus will have a total capacity of 200MW, making it the largest data centre campus in Russia to date.

“We are proud to announce the largest expansion step in IXcellerate history – it underlines our commitment to helping the next generation of Russia’s tech entrepreneurs alongside the country’s accelerating public sector digitalisation,” commented IXcellerate’s chairman and CEO, Guy Wilner.

"We believe this next step in our growth will allow both enterprises and federal bodies to further harness technology to help create a greener future. In tandem with sustainability, data sovereignty is a major issue across the planet and our datacentres allow companies to fully comply with privacy and localisation laws whilst also providing the fastest, lowest latency access possible to Russia’s over 100 million Internet users. Ten years of experience, powerful infrastructure, investor support and the trust of our many Russian and international clients and partners give us grounds to be confident that our main goal – to become the best datacentre operator in Russia – will be achieved."

In a recent interview with Data Centre Magazine, WIlner explained that, over the course of its 10 year history, IXcellerate - which has its headquarters in London - has “come from being the outsider, the foreign incomer, to being the number two data centre player in the whole of the Russian Federation.”

IXcellerate’s move to the number two position in the Russian market was announced in November of last year, and reportedly due to the company’s opening of its second data centre, Moscow Two, a 1480 rack facility located at the company’s flagship campus in the north of Moscow, which brought the company’s rack capacity to 3315 racks.

Only native russian data centre operator DataLine offers more, with a capacity of 11,497 racks. If IXcellerate’s build out of the new campus continues as planned, it could go a long way towards closing that gap. IXcellerate’s new south Moscow campus plans to offer approximately 20,000 rack spaces upon full build out, putting it well ahead of DataLine and potentially moving the company into the position of Russia’s largest data centre operator.

Beyond Moscow, IXcellerate reportedly has plans to expand into St Petersburg, with Wilner telling Data Centre Dynamics that "it is likely IXcellerate will open St. Petersburg at some point and also look east during 2022/23 as there are over a dozen cities ‎with a population over a million in Russia."