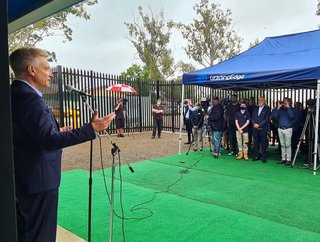 Leading Edge DC, an Australian data centre firm, has announced today that it has opened a data centre in Tamworth, meaning t now has a total of three operational facilities across New South Wales.

Making the announcement in a LinkedIn post, the company said: “We're open for Business in Tamworth! A huge thank you to everyone who has been part of this journey to Bridge the Digital Divide of Regional Australia with us.” The launch event was attended by the Deputy Prime Minister of Australia, Barnaby Joyce, Senator Bridget McKenzie, MP Kevin Anderson, and Col Murray, the Mayor of Tamworth.

The data centre provider is planning to develop more than 20 edge data centres across Australia, opting for prefabricated data centres which are quicker to launch and come in either 30 or 75-rack configurations.

The new data centre in Tamworth means that the company now has three facilities in the state of New South Wales, with one in Newcastle and another recently opened in Dubbo.

Leading Edge DC hopes to construct 11 more data centres in the state and then will look at building facilities in Queensland, including the Gold Coast, and Victoria.

In the LinkedIn post, Leading Edge DC added: “ We were honoured to have Deputy Prime Minister Barnaby Joyce to cut the ribbon, and speeches from Senator Bridget McKenzie, Kevin Anderson MP and Tamworth Mayor Col Murray. A huge thank you to everyone who has been part of this journey to Bridge the Digital Divide of Regional Australia with us. It concluded the post by saying there would be “more to come next week.”