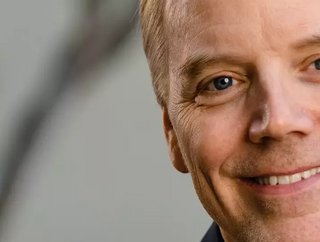 We celebrate the career and work of Dean Nelson, a veteran builder and relentless driver of innovation in the data centre industry.

As the founder and Chairman of Infrastructure Masons, one of the most influential non-profit industry associations in the digital infrastructure space, Nelson has spend the past few years guiding the industry with a combination of extensive wisdom and passion.

Throughout his 30+ year career, Nelson has been guided by one question: “What’s next?” His relentless focus on overcoming complex hurdles and delivering on challenging projects has earned him a reputation as a facilitator and problem solver throughout the industry. In his capacity as Chairman of the Infrastructure Masons, Nelson brings together industry professionals, grows and develops relationships, and drives innovation.

Nelson has also served as the CEO of intelligent energy firm Virtual Power Systems, blurring the line between software and hardware to create some of the industry’s most innovative power solutions that unlock stranded power capacity in data centres.

Prior to entering the data centre industry, Nelson led the Metal team at Uber, responsible for the disruptive ride-sharing giant’s business functions serving its panoply of business units around the world. Prior to joining Uber, Nelson worked as the VP of global foundation services at eBay - leading the team that oversaw the integration and subsequent spin-off process surrounding the company’s PayPal acquisition. He’s a 17 year veteran of tech industry icon SunMicro, too.

His work developing the Digital Service Efficiency methodology (the first miles per gallon measurement for technical infrastructure), among his numerous other achievements, has earned him multiple awards, including his ranking among SearchDatacenter.com’s Top Five People Who Changed the Data Centre, and a Best DC Design award from the Uptime Institute.

Nelson is a firm believer that "digital infrastructure should contribute to the global economy and society without harming the planet. What we build makes the world work. How we build and operate it is just as important."