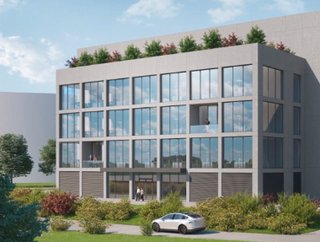 Maincubes is planning to build its third data centre in Frankfurt, and its first in Berlin, the two facilities totalling 24MW of power

Colocation and data centre firm Maincubes has announced it is planning the construction of two new data centres. One facility will be its third in Frankfurt, whilst the other will be the company’s first building in Berlin.

The news comes after the company announced plans for its second Frankfurt facility, FRA02, in July last year. Since then, construction has begun on the 7,000sq m 20MW facility, which is expected to come online by the middle of next year.

Announcing its most recent news of the Berlin centre and additional Frankfurt facility, the company said in a LinkedIn post: “EXPANSION Maincubes FRA03. The construction of our Maincubes FRA02 data centre in Frankfurt has only just started and we are already announcing FRA03.” In a subsequent post to LinkedIn, the company also announced the plans for the Berlin facility, BER01.

FRA03 will offer 10,000 sq m of white space across four floors and 16 data halls with a capacity of 16MW, Miancubes claims. Located in the Schwalbach area of Frankfurt, the building will also have a Power Usage Effectiveness (PUE) of below 1.3, as well have rooftop solar panels and run on 100% renewable energy. It is expected to be operational in 2024.

The company’s Berlin facility, BER01 will take up a total of 16,600 sq m of space whilst offering an available 5,100 sq m of white space across three levels with 12 data halls, and 8.2MW of capacity. According to Maincubes, BER01 will also feature rooftop solar panels and is due to come online in the same year as FRA03.