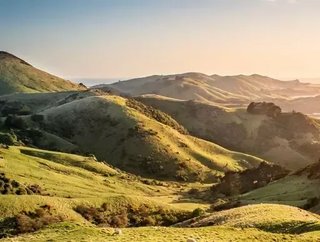 Meridian Energy, the New Zealand-based power generation firm, is partnering with Datagrid to build the country’s first hyperscale data centre. The facility will be located near Invercargill in the Southland region.

Announced on Tuesday, the new facility will have an IT load capacity of 60 MW, spread across 25,000 square metres of whitespace, with the potential to scale up to 100 MW across 40,000 square metres over the next four years. The project has an estimated value of around $700mn.

Construction is reportedly already underway, with the area’s cool climate, affordable real estate and access to renewable energy resources making it the ideal location for such a project.

In a press release, Galasso noted that the New Zealand data centre industry is currently underserved. “The only hyperscale data centre currently servicing New Zealand is based in Australia, but Southland’s climate makes it 15% cheaper to power a data centre of this size compared with Australia. These savings, along with New Zealand’s well-educated workforce and long term political stability make Southland highly attractive as a location for global companies to safely store their data,” he said.

Until now, a lack of submarine cable infrastructure has prevented New Zealand from developing the levels of connectivity that would support hyperscale data centres. However, Dick notes that, “with the arrival of the Hawaiki Cable in 2018 that barrier can finally be lifted.”

As part of the Datagrid hyperscale project, the two firms are laying a new submarine cable to connect Invercargill with the Australian East Coast, delivering latencies of around 24 milliseconds between the two countries.

The cable will, Galasso says, give the new data centre access to a serviceable market of around 20mn people across New Zealand, Victoria, New South Wales and parts of Queensland.

Datagrid and Meridian hope that the new data centre’s emphasis on renewable power generation and connectivity will be enough to attract hyperscale cloud partners like Google, Facebook and Microsoft.

Meridian Energy’s General Manager of Generation and Natural Resources, Guy Waipara, commented that “A low-emissions data centre is a huge opportunity for Southland and all of New Zealand to leverage our abundant clean energy to create high-value jobs and diversify our economy even more into the digital space.”