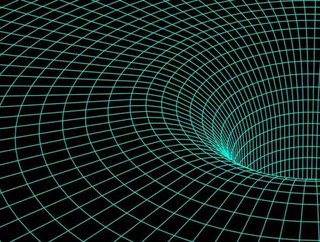 The announcement of a new manifesto isn’t an uncommon occurrence in the tech industry. Usually, the latest radical disavowal of industry norms, or blue sky prediction for a better connected world passes by with little fanfare, and the startups that penned them either get on with enacting their new doctrine or quickly realise that there’s a reason why things are the way they are these days. Life, as Robert Frost put it, goes on.

However, today, Austin, Texas-based data centre operator and colocation provider Digital Realty has unveiled a new manifesto. And, for those with their collective fingers on the pulse of the data centre industry (and, by extension, the infrastructure that underpins the modern world) might want to pay attention to this one.

The Manifesto for Enabling Connected Data Communities builds years of research by Digital Realty into the phenomenon of data gravity.

Simply put, data gravity is a term coined by Dave McCrory in a blog post from 2010. Back then, McCrory was the VP of engineering at GE Digital. Today, he works as the VP of growth and global head of insights and analytics at Digital Realty - thanks, largely we might imagine, to that blog post.

Data gravity supposes that data, like “a planet or other object with sufficient mass” attracts other things towards it. “As data accumulates (builds mass) there is a greater likelihood that additional services and applications will be attracted to this data. This is the same effect gravity has on objects around a planet,” wrote McCrory more than a decade ago. “As the mass or density increases, so does the strength of gravitational pull.”

The upshot is that, as datasets get exponentially bigger, they become harder and harder to move around, break apart, and generally interact with. They become more expensive to maintain and store, and the number of applications and hours of labour required to do anything with them gets bigger.

This key idea has remained at the centre of the data gravity concept since its inception.

In the opening paragraphs of Digital Realty’s new manifesto, it is noted that, “Data Gravity inhibits workflow performance, raises security concerns, and increases costs, all complicated by regulatory and legacy architecture constraints.”

“We are laying out our industry manifesto and a call to action today to remove legacy barriers in the interconnection industry to address data gravity,” said Chris Sharp, Chief Technology Officer at Digital Realty, commenting on today’s announcement.

The manifesto claims to present a “a vision, a solution approach and a call to action to remove legacy barriers across the interconnection industry, and tackle the challenges of data gravity head on.”

The initiative, which is now available to read online (see below), outlines a collaborative roadmap that will bring together and integrate the interconnection platforms of multiple Digital Realty partners in order to “build the industry’s largest open fabric of fabrics connecting centers of data.”

As a result, PlatformDIGITAL - the customer-facing front end of Digital Realty’s offering - is getting a major upgrade intended to expand coverage, capacity, connectivity and control capabilities, as part of an approach that “requires local copies of private, shared and public data sets to be integrated as part of decentralised workflows which originate and traverse across multiple internal and external platforms, with policy enforcement controls, real time analytics and interactive cross-platform orchestration.”