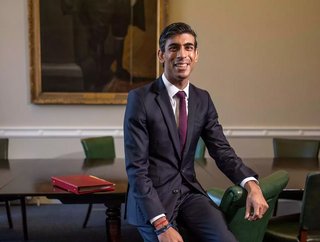 As part of the government’s budget agenda announced on Wednesday, Chancellor of the Exchequer Rishi Sunak has said we will expand R&D reliefs to ensure they cover both data purchases and cloud computing costs.

The move is amid concerns that taxpayers’ money is being used by British companies for breaks that help to fund overseas workers and technology investment. Sunak said he aims to “re-focus” these breaks that these companies can claim when conducting overseas research.

In the budget meeting on Wednesday, Sunak said that the government needed to overhaul tax relief for research and development if the UK wanted to enhance its innovation of the private sector. “The latest figures show the UK has the second-highest spending on R&D tax reliefs in the OECD. Yet it’s not working as well as it should,” he said.

Further details of the budget will be set out in an autumn report, with changes being legislated for in the 2022-2023 finance bill. They will take full effect from April 2023.

Sunak’s decision to expand Research and Development reliefs in order to cover data purchases and cloud computing costs has been welcomed by businesses due to its importance in driving productivity.

Talking about the idea for the expansion, Dom Hallas, executive director at the Coalition for a Digital Economy, said that two-thirds of start-up businesses found the R&D tax credit crucial for early-stage cash flow. He also said that the expansion of the credit to cover the cost of cloud computing and the purchase of data sets brought “a critical programme up to date for 21st century R&D”.

According to Rachel Moore, innovation incentives partner at PwC, the extension was due to be paid for by the exclusion of overseas costs from claims. “This could potentially reduce the value of R&D credits significantly, particularly for some large global groups where increasingly R&D is undertaken collaboratively through global teams,” she said.