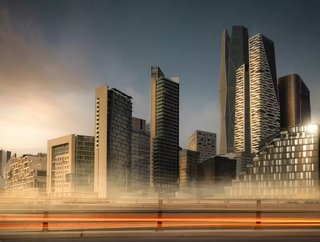 Solutions by STC, a digital solutions innovator has signed several contracts worth US$53.7mn to construct a new data centre in NEOM, Saudi Arabia

Solutions by STC, a Saudi end-to-end digital solutions provider, has announced it has signed several contracts with the Saudi Telecom Company (STC) to construct a new data centre in the city of NEOM in Saudi Arabia.

The contracts will enable the company to establish the data centre’s infrastructure and are valued at approximately US$53.7mn in total. They will also contribute to the data centre’s cloud platform amongst other applications, Solutions by STC said.

Neom city anticipated to be around the same size as Belgium

Speaking about the city, Nadhmi Al Nasr, CEO of the NEOM project, said: “NEOM’s infrastructure will utilise AI, robotics, and human-machine fusion to deliver greater predictive intelligence and enable faster decision making across all NEOM sectors. The procurement and deployment of a future-proof wireless network is a critical first for NEOM in realising our goal of driving innovation in the future digital economy.”

Once completed, NEOM is anticipated to be around the size of Belgium, and is part of Saudi Arabia's economic diversification plans. It is expected to cost US$500bn.

The city of Neom itself will be constructed in the Tabuk Province of north-western Saudi Arabia. It is planned to incorporate smart city technologies and also to function as a tourist destination with the first section of the city aiming to be complete by 2025.