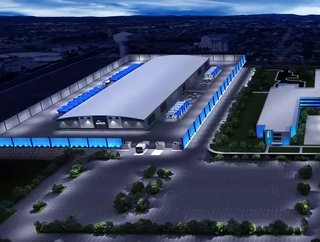 Switch is launching its fifth prime data centre campus, called “The Rock”, in Texas as part of a land purchase agreement with Dell Technologies.

Switch, an exascale technology organisation, has announced the launch of its fifth prime data centre campus in Texas. The project is part of a land purchase agreement with Dell Technologies, which will allow the company to construct over 1.5mn sq ft of space for the Tier 5 data centre, named “The Rock”. It will be located next to Dell’s global headquarters in Round Rock, Texas.

Talking about the campus expansion, Rob Roy, Chief Executive Officer and Founder of Switch, said: “This is another transformative milestone in the growth of our company to further expand our geographic diversity to the central region of the U.S. To be strategically located alongside the Dell Technologies global headquarters is an opportunity to continue broadening our offerings of the world’s most advanced data centre infrastructure to current and future Switch clients”.

Chairman and Chief Executive Officer of Dell Technologies, Michael Dell, added: “Since Dell was founded in 1984, we’ve seen Central Texas grow into a technology and innovation hub to the benefit of the entire community. With this agreement, we welcome Switch to a wonderful neighbourhood and at the same time continue to expand our relationships with leading data centre service providers”.

Along with Dell Technologies and FedEx, Switch previously announced that the three companies are also working together to develop exascale multi-cloud edge infrastructure services that will allow compute, storage, and connectivity to be brought to the network edge, helping customers overcome performance barriers for latency-sensitive applications. In addition, Switch also recently announced that it had acquired Data Foundry, which has properties capable of delivering more than 500,000 sq ft of space and 60 megawatts of power in Austin and Houston, the company claims. Following this acquisition, it is hoped that Switch’s Texas technology campus will be designed to provide “over 2mn sq ft and 185 megawatts of power upon completion”. This facility, including The Rock, will be powered by 100% renewable energy, Switch says.

The company expects to begin site preparation of The Rock campus in the summer of 2021.