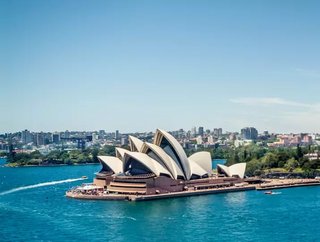 Telstra InfraCo is launching two carrier-neutral data centres; one in Sydney and one in Melbourne, which will be available through Telstra Wholesale

Telstra InfraCo, a telco infrastructure provider, has announced today that it is opening a pair of carrier-neutral data centres in Australia with one facility in Melbourne, and the other in Sydney.

Initially, the facilities will only be available through the company’s Australian organisation, Telstra Wholesale, but would provide “greater flexibility for customers working with other carriers for their connectivity", the company said. It added that it could create another seven data centres in the future, “depending on uptake.”

Rachel Johnson-Kelly Exchanges & Infrastructure executive at Telstra Infraco said: "InfraCo data centres provide highly secure, reliable, and flexible environments for network operators and service providers, such as global carriers, internet service providers and over the top providers, to connect out to their business locations, facilities, and other data centre operators.

"These data centres provide 100% power availability targets, which are backed by service levels and rebates. They use dual grid feeds with state-of-the-art equipment and support for high power densities, allowing customers to scale on request, without the need to re-configure powering requirements to deliver big data analytic services and peak workloads,” she added.

Telstra also claimed InfraCo would have energy generation contracts that would equal the total energy usage of its operations. The company was, last year, certified as carbon neutral, announcing that purchasing carbon offsets from local projects was difficult.

Telstra recently purchased the telecommunications firm, Digicel Group after being approached by the Australian government. The deal was reportedly worth US$1.5bn, with the government investing around US$1.1bn of that sum.

Initially, there were concerns about the telecom being sold to China amid competition from the U.S.. However, Jonathan Pryke, Director, Pacific Islands Program at the Lowy Institute, explained: "The Australian government is trying to achieve a few things at once. Digicel is the primary player in the Pacific and Australia sees it as a strategic asset that they can't allow to fall into the hands of China.

“They are keen to get Australian business back into the Pacific and they've come to the realisation that they are going to have to underwrite,” he added. According to the Sydney Morning Herald, a deal with China would have also meant that Digicel would have to underwrite its future revenue forecasts for the next three years.