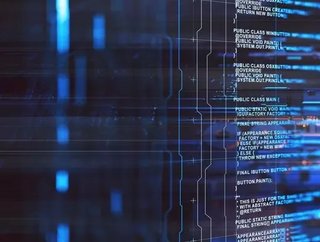 We’ve taken the time to break down the key findings of the Uptime Institute's annual Data Centre Report...

The Uptime Institute, one of the world’s leading authorities on data centre operations and design, released its annual survey on Wednesday. This report marks the 10th anniversary of the organisation’s annual data centre report. We’ve taken the time to break down the report’s key findings below.

Outages are getting bigger and more frequent

Data centres around the world are experiencing more frequent and severe outages, the Uptime report indicated, noting that these events were happening with “disturbing frequency”, resulting in more damages to data centre operators and their clients. In the past year, the survey found that almost half of all data centre operators surveyed had experienced a significant outage, with 6% of respondents describing the event as “severe”.

The Institute noted that this represented the third year in a row where this trend increased. In each of these surveys, about a third of all respondents said they had been affected by a significant, serious, or severe outage.

According to the report, three-quarters of organisations admit that, upon reflection, most recent significant outages were preventable. With additional attention and investment, the number of outages will most likely decrease. Power problems continue to be the largest single cause of major outages.

The report found that “the enterprise data centre is neither dead nor dying”, and that the rise of edge computing networks still remains a relatively fringe phenomenon. The migration of critical loads to a public cloud is happening slowly, with more than half of all IT workloads expected to remain in traditional on-premises data centres through at least 2022. Edge computing requirements are expected to increase slightly in 2020, but fewer than a fifth of all respondents expect a significant increase.

The global skill shortage is getting more severe

According to the Institute’s report, the data centre staffing crisis is only getting worse as time wears on, with fewer new entrants joining the industry’ labour pool, which is currently ageing and lacking in gender and racial diversity. The number of managers stating they are having difficulty finding qualified candidates for open infrastructure positions is rising steadily. Women continue to be under-represented. More effort is needed to address the workforce gender imbalance and take advantage of the larger and more diverse skilled talent pool, the report concludes.

The findings of last year's survey showed that data centres had become marginally less efficient in the preceding year (average PUE of 1.67 in 2019, compared with 1.58 in 2018). In 2020, the average PUE (power usage effectiveness) for a data centre was 1.59, a slight improvement. (Most operators strive for a PUE ratio as close to 1.0 as possible.) Because more work is now done in big, efficient facilities, the overall energy efficiency of IT has improved.